I received an e-mail before Christmas from an author that has a site called Cancer Defeated, telling the story of what one family did to help their little boy survive cancer.

I thought it was an excellent overview of what can be achieved with natural medicine, and how it can work alongside allopathic medicine when needed.

The father of the boy did a large amount of research and treated Bobby from all angles – you will read about the many different therapies and approaches he discovered in his quest; if you read the full article starting below:

“I heard one of the most inspiring stories I’ve ever encountered when I was attending the annual meeting of the Cancer Control Society over the Labor Day Weekend. 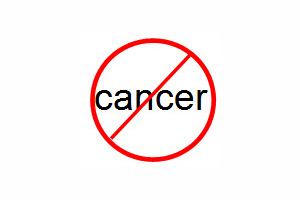 Kevin Wright, an English businessman, told the audience the whole story of how his little three-year-old son Bobby was diagnosed with a rare type of bone cancer.

The doctors told Kevin and his wife Jackie that only one child out of five survived this type of cancer for one year. Within five years, only three out of a hundred would still be alive.

Kevin and his wife Jackie made up their minds they would NOT lose their little boy. And they didn’t. They won. Their story was so incredible I wanted to share it with you…” Read more

Previous post: Eat Food, Not Too Much, Mostly Plants