If only most doctors could find a higher calling than the pseudo-science that passes for medicine these days – then the world would be a MUCH better place.

“Dr. Frank Artress looked down at his fingers. His nail beds were turning blue. He was running out of oxygen near the summit of Mount Kilimanjaro. 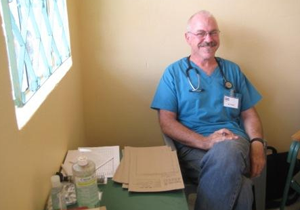 A cardiac anesthesiologist, Artress knew the signs of high altitude pulmonary edema. He knew there was a 75 percent chance that he would perish on Africa’s highest peak.

Artress led his wife to a rock, and they sat together above the clouds. Then it hit him. He wasn’t afraid to die; he was ashamed. He had lived only for himself – practicing medicine in a Modesto hospital, traveling with his wife, purchasing luxury vacation homes and collecting art. He felt as if he had nothing to show for his 50 years. He felt as if his life had been a waste.

You can read the rest of this heart-warming story here