Is Forced Medicine Coming to You?

I’ve been watching with a lot of interest what is happening in the world of government policy and medicine in Australia, and this news alert came through from Sarah’s Wish News:

Shortly after the World Health Organization (WHO) issued the swine flu pandemic alert early in 2009, the Australian government committed taxpayer’s money to purchasing 21 million doses of CSL’s Panavax H1N1 vaccine which the company rushed into development. The monumental order raised CSL’s share prices for the rest of the year.

While CSL was fast tracking the Swine flu vaccine, the South Australian Parliament hastily began drafting the South Australian Public Health Bill 2009, a radical new health law prototype designed by the WHO which gives the State government total control of the health system. Embedded in the Bill were clauses giving the government legal control over the treatment of ALL medical conditions – even obesity, chronic illness and non infectious diseases. An Australian journalist analysed the Bill in an article that appeared on international websites in December 2009.

Twelve months after the WHO pandemic alert, a mountain of unused vaccinations still languishes in government cool rooms, dangerously close to its expiry dates lapsing, after only a fraction of Australians turned up for the swine flu jabs. 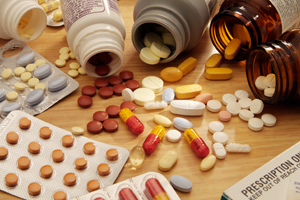 In June 2010, needle shy Aussies were vindicated after the British Medical Journal’s editor Dr Deborah Cohen revealed that key World Health Authority advisers – who had declared the pandemic alert – had financial ties to the swine flu vaccine manufacturers and benefited from the windfall sales of the vaccine. Dr. Cohen said, ‘…our investigation has revealed damaging issues. If these are not addressed, H1N1 may yet claim its biggest victim — the credibility of the WHO and the trust in the global public health system.’

If the pandemic failed to sell on the WHO hype, then the South Australian Public Health Bill was a runaway success by WHO standards. The 2010 version of the Bill has been slightly modified but is substantially the same as the 2009 version and has reappeared in the SA House of Assembly on 29 September 2010.

If enacted the Bill gives the SA government the power to impose any form of counseling, treatment, diagnosis or surgical procedure on its residents by force. The Bill makes a health Czar of the Chief Public Health Officer who has virtually unlimited powers to impose any coercive measure on both residents and health workers alike. Civil libertarians say that these changes radically threaten freedom of choice and the traditional ethics and foundations of health care professions while giving the South Australian Government near totalitarian powers.

Editor’s note:  For those who don’t want a repeat of Sarah’s story, consider analysing and monitoring this Bill and finding out if there is one planned in your state or country. If you are a health professional, please consider how this Bill could affect the time honoured ethics and standards of your profession and the trust your patients/customers/clients have in you. Ask how your state or federal representative will vote. The Bill can be read here: ”