What is Australia coming to?  This type of proposal is downright horrifying for those of us who have a different understanding of health and healing than the mainstream orthodox views.  What is being proposed here is a absolute and complete eradication of our rights to health freedom.  It is VERY serious and I want everyone who reads this blog to understand the gravity of this situation if it came to pass.

What this is essentially saying is that if I, as a qualified Naturopath, choose to treat my child suffering from measles at home with homoeopathy, herbal medicine and nutrition – I can be fined up to one million dollars and thrown in jail for 10 years.  And my child would be taken away and made a ward of the state and forced to have medical treatment which I do not agree with.

It is the ultimate in corruption and ignorance to force those of us who have an alternative view of disease to conform to standards which are driven by profit motives and greed, rather than true health for all.  Our right to choice in health care is being eroded and if we don’t stand up and do something about it now, we may find ourselves in that frightening position of having to undergo medical treatment under the threat of huge fines and jail time – that is how serious it is.

Adelaide Now: “HEALTH authorities want the power to detain people for up to three months if they refuse testing or treatment for infectious diseases.

Under draft legislation proposed by the State Government, someone with swine flu, measles or meningococcal disease could be forcibly held, examined and treated.

It is one of several wide-ranging powers sought to protect the public.

The Public Health Bill also would, for the first time, give authorities the power to override parents who refused treatment for their children with infectious conditions.

Other diseases that could be controlled include AIDS, polio, rabies, salmonella and cholera.

The tougher enforcement powers would come with a substantial increase in fines – up from $60,000 to $1 million and 10 years’ jail – and relate to any serious risk caused to public health. SA Health public health director Kevin Buckett said the new legislation would give authorities wider powers to act more quickly.

“There’s nowhere on Earth that is more than 36 hours from anywhere else and where people go, bugs can go,” he said yesterday.

“We have to have legislation that can respond in that sort of time.

“The idea would be that we get them out of circulation, where they can’t infect other people.” Dr Buckett said there were many reasons people refused treatment, including mental health issues, language barriers and even malicious behaviour. 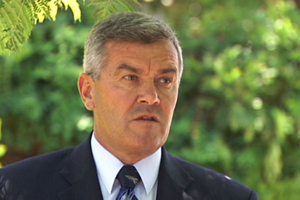 Non-communicable diseases, such as cancer and diabetes, could also be declared, allowing the Government to introduce codes of practice for certain industries or the community. Opposition health spokesman Duncan McFetridge said he supported powers to protect the public from infectious diseases but feared parts of the Bill – to be debated next year – would allow the Government to control people with chronic conditions.

“It’s bordering on nanny-state legislation,” he said. “It’s understandable but how far do we go?”

Australian Medical Association state president Andrew Lavender said he welcomed most of the changes as important to protect the public.”

The Australian Vaccination Network AVN will be lobbying the government to ensure this legislation does not go through. If you are not a member of AVN yet – please join now and support their efforts to bring us the health freedom that should naturally be our right.

Previous post: Do You Put 515 Chemicals a Day on Your Body?