Why Are Smart People So Ignorant When It Comes To Health?

I enjoy the writing of Mike Adams of Natural News very much – he has a very strong opinion and doesn’t mind voicing it, going much further than I dare to!

I really enjoyed this three part series entitled “Why Are Smart People So Ignorant When It Comes To Health, Vaccines & Vitamin D“.

The introductory poem had me in stitches:

A heart disease patient of late
Had an IQ of 168.
His brain was immense
But it lacked common sense
And it never engaged when he ate.
- by the Health Ranger 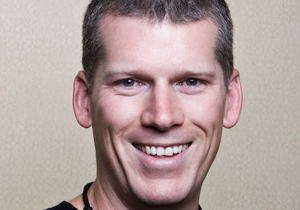 Isn’t that just the best?

Seriously though, there were many great points in this series of articles and there was one I wanted to share, that really made a lot of sense:

“Ultimately, what’s more important than teaching people nutritional knowledge is teaching people the skills of thinking for themselves. A population of independent thinkers would naturally embrace knowledge of nutritional remedies and natural cures. They would naturally resist the FDA’s pro-drug propaganda, and they would be able to more readily recognize the value of safe, effective and low-cost natural medicine.

The reason why this isn’t happening right now in modern society is obvious when you realize that people are not trained to THINK, they are trained to follow orders.”

This, I find is so true.  I don’t know how many people have stopped thinking for themselves and swallow whatever propaganda happens to be on the six-o-clock news that night.  Rather than taking the information and thinking it through critically and maybe doing some further research and digging before taking it as gospel, people just swallow it hook, line & sinker and then parrot it the next day around the water cooler…

Summing it up from Mike Adams…

“In this way, doing what’s intelligent is very often unpopular. Going with the (ignorant) flow of the masses, however, is easy. It takes no courage, nor thought, nor intelligence to simply do what everybody else is already doing. What really requires some gumption is the pursuit of precisely those well-informed actions that are unpopular with the masses — or even derided by them. “What do you mean you’re not going to get a vaccine shot? Everybody’s getting a vaccine shot!”

Classic.  Join me on the “path less travelled” and let’s be happy, health and incredibly wise!

Next post: Oh My Goodness, I Have a Disease!