The Pandemic That Never Was…

It’s not like any sensible person didn’t realise this, right from the start, but at least the reasons behind the “Fake Swine Flu Pandemic” have been validated with an investigation by the Council of Europe.  Read the full article here:

Widespread warnings were issued about the swine flu ‘pandemic’. Declaring a swine flu pandemic was a ‘monumental error’, driven by profit-hungry drug companies spreading fear, an influential report has concluded.

It led to huge amounts of taxpayers’ money being wasted in stockpiling vaccines, it added.

Paul Flynn, the Labour MP charged with investigating the handling of the swine flu outbreak for the Council of Europe, described it as ‘a pandemic that never really was’. 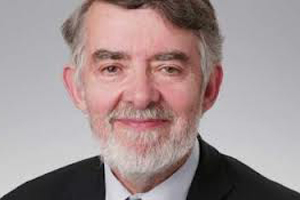 The report accuses the World Health Organisation of grave shortcomings in the transparency of the process that led to its warning last year. The MP said that the world relied on the WHO, but after ‘crying wolf’, its reputation was in jeopardy.

The report questions whether the pandemic was driven by drug companies seeking a profit. Mr Flynn said predictions of a ‘plague’ that would wipe out up to 7.5million people proved to be ‘an exaggeration’, with fewer than 20,000 deaths worldwide…” Read more:

Further in the article it shows that Pharmaceutical companies profited by $4.6 billion dollars from the sales of vaccines alone. That is a LOT of profit for an un-proven, un-tested, experimental vaccine, for a flu that was no worse than the normal seasonal variety which kills thousands of people every year.

This just goes to show that we cannot rely on Big Pharma, our doctors, our governments, or the media to give us accurate information on how to look after our health. It really is up to us to do our own independent research and learn how to prevent illness and heal ourselves through natural medicine, and move away from needing orthodox medicine except in the most dire emergencies.