Last night I watched the movie “Milk” starring Sean Penn, and thought it was a brilliant, but sad movie, and extremely well acted.

It was towards the end of the movie in the courtroom trial of Dan White who assassinated both San Francisco Mayor George Moscone and Supervisor Harvey Milk; that the “Twinkie Defense” was mentioned.  It was portrayed that a diet of junk food had led to “diminished capacity” of the mental function of Dan White and this was a contributing factor to the murders.

Well, I just leapt at that and thought “Yes – this is such a big issue!”.  In my opinion junk food effects the function of the brain and the ability to think clearly and logically with higher cognitive processing – and I’m certain it leads to depression and confusion.  But this court case would have proven it in a very public way.

So I looked up the “Twinkie Defense” on Wikipedia and found out that unfortunately, this wasn’t actually the case.  In the real trial of Dan White the lawyers were arguing that he was suffering from depression and his junk food diet was a symptom of the depression, not the cause of it… 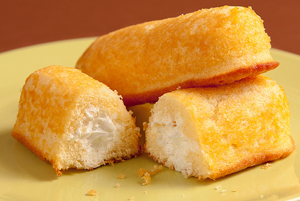 In the trial Twinkie’s were not even mentioned, but a journalist coined the phrase and it took on a life of it’s own from there.

I’m sure though, that it could have been proven that junk food affects cognitive function, mood and IQ.  I know from experience that being on a diet of whole raw foods increases clarity of thought, awareness, perception, compassion, and a greater consciousness of our connection to the planet.

The scary thought is, that people in positions of power are making decisions that are more than likely clouded by poisonous foods, and are unable to think at a level great enough to take our society to higher state of being.  I think it was Einstein that said something like “A problem cannot be solved at the same level of thinking that created it”.  And I believe a society of junk food eaters cannot make decisions that are going to take us out of the mess that we are in – economically, environmentally and socially.

Maybe we need a mandate that says that anyone in a position of power must have a whole foods, clean diet to assist them in reaching a level of clarity of mind that helps society rather than hinders it.

Either that, or put David Wolfe into politics