Not long ago I watched the movie GasLand which premiered as a part of the Life Changing Doco’s series at the Gold Coast Arts Centre – and it had a profound effect on me. The movie was about “fracking” or hydraulic fracturing of the earth to release natural gas, also known as coal seam gas mining. Even though this story is about what has been happening in America, this environmental atrocity has already started in Australia and is looking to expand.

While I was watching this movie, the thing that hit most was the devastation of the landscape, of the bleak, torn ground, of the ugliness, the barren wastelands filled with drill towers, industrial pipes and ugly containers. The rape of the land, the destruction, the total lack of any consciousness or care for the earth or the people and animals who live on it.

As I drove home after watching the movie, I sobbed my heart out. As one man mentioned after the movie, it is like the they are doing this to my body- the pain is real, the pain of the loss of our mother, our earth, our home, we have to live in synergistic harmony with the earth, and when she is dead, what is there then? 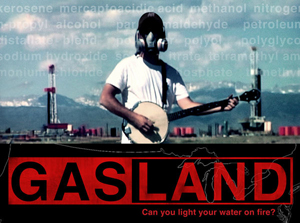 The feelings of overwhelm, of helplessness and frustration are very near the surface. Giselle, the founder of the Sustainable Living Foundation said that we cannot give into these emotions, that we need to channel these feeling into taking action, and taking the steps to ensure that we do not fail in the fight to stop fracking in Australia.

To think that any government would support and allow the devastation to the environment that is fracking, into any area of Australia is horrifying. To think that there is a proposal for 40,000 wells in the pristine, lush, region from the Tweed Valley to Kyogle, Lismore and the Byron Hinterland is almost to much to bear. Hence the uncontrolled sobbing at the tought that anyone would even for one moment consider destroying this land. This precious environment that is our home. To contaminate and pollute the water table for thousands of miles, to kill off the wildlife, to destroy the beauty. Where will we find beauty and landscapes that nurture and inspire us when all we can see are drill wells and destruction?

It is already happening in Australia, there is a huge fight up North in Tara, an area that already has accepted fracking and is facing massive destruction on a scale that defies belief. Bob Irwin was arrested protesting this abomination recently, and his actions have bought some much needed attention to the story.

Until not long ago, I had no idea that this was happening in Australia. And I can guarantee that most of us do not know that this proposal to destroy our beautiful hinterland is on the verge of going ahead. We need to act and we need to act now and act fast. We cannot under any circumstances allow this to go ahead. We need to band together as a community and fight this with everything we have – because if we lose this, we are in big, big trouble.

Life Changing Doco’s have put together a page of information and contacts on how to make your voice heard on this issue. Please go to this page and take whatever action you can to oppose fracking in Australia.

I cannot tell you how much this story has affected me. I sometimes curse my ability to feel so deeply, but this is real, this is happening now, and is such a threat to our way of life here that I cannot stress enough how important it is to let everyone know that GasLand is here, and it must be stopped.

Hi Leisa, Im going to see the local screening in north sydney next week. Im going to let everyone know about it!