I absolutely love synchronicities that happen in life – the big ones and the small everyday ones – they all make me smile at the absolute perfection of life. Over the past six months I’ve had some very big shifts in my life, and that has led me to being in one of the happiest and most powerfully spiritual states I’ve ever been in, that doesn’t fade or diminish, it’s like living in a state of bliss – but I’ll write more about that later!

One of the things that I have noticed, is that both synchronicities and manifesting seem to be happening quite obviously, and frequently at the moment and I’m recognising these beautiful gifts coming into my life all the time. And every time it reminds me again to just trust in the process of life, knowing that if you hold an authentic intention, then things have a way of working themselves out.

An amazing synchronicity happened when I was in WA after the David Wolfe Retreat at Samudra – it wasn’t funny at the time, but it makes me smile now!

David, Krystyna, Psychedelic Security, Shane 2 and I were all flying to Bali on the Monday evening at 6pm out of Perth. The four of them had a function to go to in the city the night before, so they drove to Perth – a two and a half hour drive – on the Sunday and were meeting me at the airport at 4pm the next day. 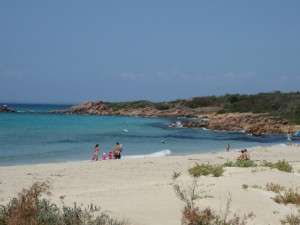 Because I love the Dunsborough area of WA so much, I wanted to stay down there the extra night and go for a swim in the ocean and have a leisurely morning before heading up to Perth after lunch. One of the guests, Sasha, had a domestic flight at 5pm, so we decided to drive to Perth together. And it all appeared to be perfect, we had a lovely swim at the most glorious beach (see below), packed up, grabbed some lunch at Samudra and were on the road by about midday. It was the last day of a long weekend, so I’d left plenty of time for a bit of traffic on the way, but it was such a beautiful day I couldn’t imagine anyone heading back to Perth until late in the afternoon.

Boy was I wrong! We only drove for about half and hour before hitting the worst traffic jam I have ever been in. It was incredible. We sat at practically a standstill for nearly an hour, before moving for a few kilometres and stopping again. At first we were quite relaxed about it all, having allowed four hours to do a two and a half hour drive, but as it got worse and we were hardly moving, it started getting stressful. Every time we got a bit of a go-on we would sigh with relief, before seeing those dreaded red tail lights up ahead again.

As we got closer to Perth we knew we would be cutting it very, very fine. David and crew had arrived at the International Airport at about 3pm, so I knew they would be through and waiting in the boarding area – and it was almost 4.30pm and I had to drop Sasha off at the Domestic Terminal, fill the hire car up with petrol, drive to International which was about 15km away, drop the car off to the hire agency, line-up, check-in, and get to the boarding gate on time. I was almost crying at the thought of missing my plane to Bali.

We got Sasha to domestic just 25 minutes before her flight and she texted me that they let her on – so then it was a race for me to get to international. I don’t know how many speed limits I broke on my frantic dash, but I got there just before 5pm, flung my keys at the hire counter and then did the “airport run”.

As I came up to the Pacific Blue counter I could see a huge queue and I frantically looked about for a staff member who could take me to the front of the line as I knew they would be closing the flight any second. As I searched, my eyes lit upon a tall man right at the front of the line that looked familiar – it was Psychadelic Security! David and crew were so busy on their lap-tops that they didn’t notice when the check-in gates opened, so they had been waiting in the queue for well over an hour!

I ducked under the tape, joined them at the front of the line and we were immediately called up to check-in to our flight together. Synchronicity? Just a little

David said he knew I’d make it all along, and that I just got promoted to superhero status for getting there in the nick of time!

Do you notice the synchronicities in your life?

I love living in a state of synchronicity. It happens all the time for me, if I am open and aware. The mystique lying in the awareness. I believe synchronicity transpires constantly and that we are all loved that much, and protected and guided … whether we are witness to it or not, it’s happening, I’m certain of it.

Lovely inspirational story, thank you so much!

Dear Wendy,
Lovely to hear from you and thank you for commenting. I find the synchronicities happening the most when I am open and aware too – and yes that is beauty of it. I think you are right, they are happening all the time and our being aware is what helps us to notice and appreciate these divine gifts! Love, love xxxxx