Did You Know the Birth Control Pill is Deadly?

We live in such a medicalised society where taking over-the-counter and prescription drugs is such a normal everyday occurence that we often don’t stop to think about the dangers of common medicines. All medications come with some side-effects – being chemical compounds that are not natural to our body – and they all disturb our physiology in some way. In many cases the side-effect is minimal – a dry mouth, a headache or mild nausea – but in other cases they can be deadly.

One prescription medication that I often speak out about is the contraceptive pill. We have all heard the outcry about how synthetic Hormone Replacement Therapy (HRT) prescribed for menopausal women is carcinogenic, but what do we hear about the contraceptive pill, which is another form of synthetic hormones being used by millions of women?

We certainly don’t hear en0ugh about the dangers of this particular medication, although one grieving mother is bringing this issue to the attention of the media:

From dailymail.co.uk: “When Joan Cummins said goodbye to her 18-year-old daughter before her first term at university, she consoled herself by thinking she’d be back for Christmas.

But Michelle Pfleger never did come home. Instead, after less than a month at Elon University, North Carolina, she collapsed and died from a massive blood clot – after taking the birth control pill to treat her acne. 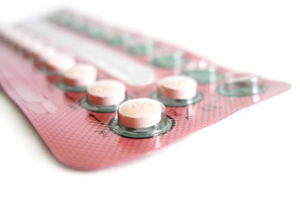 Her case has been bolstered by the Federal Drug Administration, after it announced it was reviewing a range of oral contraceptives, including Yaz, which contain a form of the hormone progestin known as drospirenone…

Her lawyer, Wendy Fleishman, described Yaz as ‘a dangerous prescription drug sold without adequate warnings about the risks of serious and fatal injuries’.

The suit claims companies violated consumer protection laws in New Jersey and North CAROLINA by ‘knowingly and falsely representing that Yaz was fit to be used for the purpose for which they were intended, when in fact the drugs were defective and dangerous.’

It alleges drospirenone, which is used in contraceptives including Yaz, Yasmin, Beyaz and Safyral, is potentially deadly and has caused at least 50 reported deaths between 2004 and 2008.”

The sad thing about this is that young girls are taking medication like the pill for health issues that could be solved with natural medicine, such as acne and period pain. There is no need for the taking of potentially fatal medications, in place of a natural whole foods diet, maybe with some specific herbs for the treatment of the presenting health issues.

It is through a lack of awareness and education in the community that these un-necessary deaths in our young women occur. With more knowledge about the dangers of synthetic hormone medications, and the effectiveness of natural medicine, we may not have to hear about these tragedies.