There are never any guarantees when it comes to the treatment and healing of cancer. The one thing that I am certain of though, is that it is possible to heal from cancer naturally. I have been privileged to witness this many times during my career – however that doesn’t mean that there is one tried and true path to follow that guarantees results…

But we certainly do have a very good idea of what gives our body the best potential of healing, and one of those tools is a vegan dietary program, combined with detoxification and certain supplements and practices that assist the healing process. This type of regime is one that we explore and experience at the Embracing Life! Retreats.

Actor Larry Hagman is one person in the public eye who is not afraid to talk about his change to a vegan diet when he was diagnosed with cancer. From dailymail.co.uk

“I’m on five cucumber and kale smoothies a day”: Dallas legend Larry Hagman tells how he is fighting cancer – by turning into a ‘vegan nut’ 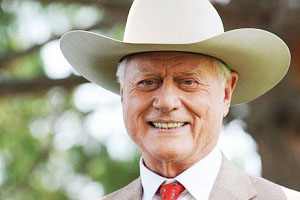 “As J.R. Ewing, he was known the world over for dodging that bullet. Now, veteran star Larry Hagman believes he is well on the way to surviving a life-or-death battle of his own.

The actor has spoken for the first time about his struggle to survive cancer, revealing that he has overhauled his life to fight the disease – becoming vegan in the process – and that his doctors are delighted with the response so far.

I’m feeling great and I’m back on track. I’ve finished treatment and the doctors are thrilled with my progress,’ he said.

My outcome looks very positive. It’s my firm intention to whop cancer into submission and I truly believe I’ve given myself the best start possible by radically overhauling my diet and by staying true to my motto, which is: Don’t worry, be happy, feel good.

The first thing I did when I was diagnosed was to turn vegan. Now I live on fresh vegetable drinks which taste like c**p but which I firmly believe have helped me get through this thing…” Read the full article here:

Good luck to him!