Never Been Sick A Day In My Life!

This post unfortunately is not a celebration of reaching for the incredible heights of health that mean that we are never, ever sick, but moreso, is a little bit of a warning to those who are never, ever unwell. 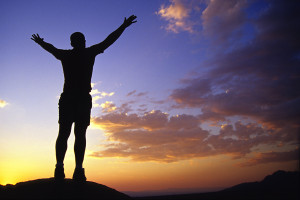 One of the statements that I have heard often as a naturopath is often from people who have been diagnosed with a terminal illness, or have a heart attack out of the blue; and that is “but I’ve never had a sick day in my life”. They are surprised by their illness and try to justify why they shouldn’t have become sick, using their previous “good health” as the reason. Never having a sick day in your life is not necessarily a sign of being healthy – a chronic illness can easily be developing behind the scenes, without showing symptoms for a very long time.

A concept that we studied during homoeopathy was the concept of a person’s ‘vital force’. It is said that we all have a vital force or healing energy that gives us the ability to heal illness and fight disease. Connected to our immune system, our vital force is a measure of how well we can rally and raise the energy we need to heal. We were taught that if someone has a very low vital force, they are not likely to heal well, and our job as a practitioner was to raise this vital force through natural medicine means.

Never having a sick day is not a good thing. In someone who’s vital force is so low that they are unable to raise a fight to be well, this is of major concern. Any toxins, pathogens, waste matter or disease that needs to be dealt with, may not be, in someone who can’t raise the energy. Then this waste and pathogenic matter settles in the body, causing havoc internally. In someone who has a healthy vital force, exposed to pathogens or waste, their body will raise a temperature, or mucous, or whatever is needed to burn off the problem and restore the body to health and balance. In someone with a robust vitality the symptoms may be strong – a person may feel very sick for a short period of time. This is not a sign of poor health – it can acutally be a sign of good health! The difference is, in someone who is very healthy, these symptoms will be short-lived.  It is the person who cannot rally enough vital force to heal, that can have symptoms chronically and just not get well, or will not exhibit symptoms at all, which is all the more dangerous.

“Feeling good” or “never being sick” is not a way to judge whether you are healthy or not. In 50% of people who have a heart attack, death is the first symptom. There are thousands of people who felt very well and considered themselves healthy, while cancer was developing in their body and they were unaware of it until it was too late. I hear of many people who are into natural medicine boast all the time of how they never see a doctor, haven’t been sick in years, and they pride themselves on this fact and hold it up as an example for other people to emulate. I don’t believe that this is a healthy path either. I am for somewhere in the middle. This is why I recommend testing as a way to establish a baseline of health. A check-up yearly or every second year evaluates many parameters of health that can pick up illness in its early stages before it becomes a problem. Just feeling healthy is not a good enough benchmark to evaluate your health properly.

I wrote about this very subject in my post called “The Importance of Testing“. I’ve seen too many people believe in the adage of “never had a sick day in my life” until they are knocked sideways by life and wonder what happened.

Raising your vital force through the eating the best organic food you can find, through superfoods, herbal medicine and homoeopathy, is fantastic preventative medicine. Testing to ensure you are on track is another great way to know that what you are doing is having the right effect. Also, it is very important to not judge yourself if you do ‘get a cold’ – it can be the body’s way of cleansing, ramping up the immune system, getting rid of some waste and responding in a healthful way!

So don’t necessarily celebrate “never been sick a day in my life”. Celebrate instead, having a robust, heathy vital force that rises to a challenge.

Leisa this makes me feel good about myself cause I get sick a few times a year but worried about my Mum. She never gets sick. How do you “make” her get sick then? Should she see a homeopath?

i’ve never been sick in my life and incapable of being addicted (no withdrawal). i went from teen strength training to adult gymnast. i take absolutely no sugar (even the healthy type like organic honey) ive smoked on/off for four years, felt the accumulation,quit and run everyday now. i’m susceptible to kidney dmg and diabetes (family genes) we also own a couple of mcdonalds (family) but hardly eat it. when it all goes down to survival mode, susceptibility to sickness may be fatal (non-dystopian wise if you move to a place that has no proper medical care). large wounds heal fast, small wound heal slow so i can personally say that it doesnt matter if you sick or not, hypochondriac or not. just enjoy your time with least worry or prudence if you bound to worry.
TY