I have been a naturopath for long enough that I find I am forgetting what an ‘average Australian diet’ entails. Every now and then I will get a client who brings me back down to earth, and reemphasises the fact that the way I eat in my house hold is probably pretty ‘weird’ for the majority of Australians out there. I had just such a client in the other day. Breakfast was cereal and cows milk with a cup of tea, milk and sugar, morning tea was more tea, some biscuits or a slice of cake (whatever was in the office), lunch was usually a sandwich or wrap with meat, cheese and lettuce, and dinner was meat and potatoes and carrots. I am sure some of you out there are reading this standard diet and thinking, ‘That sounds Ok’, while others, myself included, are quivering in our boots from sheer shock and horror! 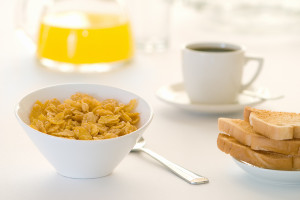 Before I became a naturopath, this would have sounded like a pretty average day for me. Especially after I left home at 17, this would have been my standard uni diet, perhaps with a bit more chocolate and hot chips thrown in. It was only through learning about food and food as medicine (and a whole lot of self-experimentation!) that I discovered that the standard Australian diet was seriously doing my health damage!

As a child, I used to start the morning with a huge volley of sneezes. Sometimes up to 20 in a row. I would then rub my eyes and itch the roof of my mouth for a while, until everything calmed down after about 2 hours. My eyes were often left blood shot and puffy from the itching, my nose was blocked more often than not, and I would get a headache about once a week. During that time, I was having the usual Aussie breakfast of cereal and cows milk. 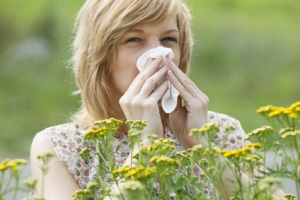 I never went out to heal my allergies, I had suffered with them for so long, I just assumed it was part of my make up, and perhaps I was just allergic to dust mite as the doctor told me. It was only after altering my diet, did I notice that I no longer woke up and sneezed first thing in the morning. I stopped getting headaches, stopped getting itchy eyes and never got a blocked or runny nose. Like I said, I only noticed this a few years after altering my diet, but I was shocked when I realised that all my allergy symptoms had mysteriously disappeared.

Another weird change for me was a major decrease in sweating. From about the age of 15, I suffered from severe sweating under my arms. It was a constant thing during the day, completely independent of temperature. It could be below 0 degrees and I would have rings of sweat under each arm for no apparent reason. Doctors said that it was normal for me, and I could use a high strength aluminum deodorant but there was nothing else that could be done. So as a result, I wore a lot of black, and forgot about it. It was about 3 years after I changed my diet I realised I had stopped sweating as much. Now, at the age of 30, I can happily wear colours and sleaves without worrying about sweat marks. Yes I still sweat, but only when I am hot or nervous, not constantly like I used to.

A final huge change that I have linked back to changing my diet, has been my general health and energy. During my final year of school, I would routinely take 1 day off a week to recover from a ‘cold’. It was almost like I would start getting over one, only to catch another. My tonsils were constantly inflamed, red swollen and sometimes pus covered, and I had very little energy. By the age of 18 I had learned that one night out past midnight meant a week of sickness starting the next day. Really not the best way to start your ‘wild teenage years’. I was also often exhausted. I had little motivation to go out and socialise, and spent a whole year in my early twenties waking up late, going to work for 3 hours, going home, sleeping, then going back to work for another 3 hours. I simply had no energy. It was only after I made some serious dietary changes, that I found I rarely got sick, and I had plenty of energy to work, play and study.

So what were these changes? Well it was pretty much eliminating wheat and dairy. Simple I know, but for the average Australian, wheat and dairy can play a prominent role in almost every meal and snack! This is what my diet looks like now:
Breakfast: either a green smoothie with leafy greens, fruit, rice protein powder and superfoods or a cooked rice flake porridge with Ayurvedic spices, stewed apple, Ghee and a little almond milk.
Morning Tea: warming herbal teas
Lunch: quinoa salad or stir fry vegetables with chicken or fish, or a vegetarian curry with brown rice
Afternoon Tea: a home made raw snack ball made from dates, nuts, coconut oil, cacao powder and other goodies, an apple, or some home made hummus with corn chips or rice crackers (I like my afternoon tea!)
Dinner: this varies depending on what I’m doing. Last night it was a Thai-style pumpkin soup with coconut cream, green curry paste, garlic and chilli, with yummy spelt toast drizzled with coconut oil, the night before it was a home made Indian daahl with veggies cooked in and brown rice. We also enjoy a salad and tempeh wrap (like a kebab but with soy, sweet chilli tempeh instead of nasty processed meat).

To me, my diet sounds pretty normal. It is 100% wheat and dairy free most of the time, and it seems to work for me. My point here is that I didn’t ever set out to heal myself of allergies, excess sweating, or having a low immune system. These were changes that occurred as a result of me changing my diet. They really bring truth to the fact that in natural medicine, when you start healing one thing, your body just can’t help but heal other areas as well! If you would like to explore your health and nutrition more, please come and visit at our clinic in Miami.

Oh, and a final weird thing I noticed, when I was at school I was very small, most people were taller than me, and it was something I was used to. When I went back for my 10 year reunion a few years ago, I was seriously shocked at how tall I was! Yes, there were heels involved, but I had done some serious growing after I finished school and started on a healthier lifestyle. Coincidence? Possibly. I may have just been a late bloomer. But yes, it was another change that I could say may have been linked to healthy eating.

I have been so taken with the results and benefits that you’re enjoying that I think I will try to ditch dairy and wheat to see if it has any effect on the hayfever I get each spring time. I love oats porridge in the mornings or poached egg – would you recommend those foods items ? Thank you !

That’s great you are going to give it a go! Remember, it takes 8 weeks for the immune complexes to move out of the body, so if you’re going to give this a good go, make sure you avoid 100% of those foods for 8 weeks and then see how you feel!

Oats contain gluten-like substances, they react like wheat does with some people, but not with others. Eggs can be an excellent breakfast option, as long as they are not a reactive food either!

The top five allergen foods out there are wheat, dairy, eggs, soy and nuts. This can make breakfast a little tricky for some who are reactive to a few of these common items!

If you really want to know what you are reactive to, I would recommend doing an IgG food intolerance test. You will be able to see exactly what may be causing your hayfever symptoms, and remove it fro your diet.

Alternatively, you could do what I did and give up wheat and dairy, and see how you feel! I am sure you will notice a difference!

There are some dietary supplements like glucosamine for natural and healthy body, which we can take on daily basis.