Late last year I was fortunate enough to work with Leisa and the Embracing Health team at one of the detox retreats also held at Tallows Beach Houses. It was a wonderful seven days assisting the head chef in the kitchen as we prepared vibrant juices for the guests for five days then gourmet raw living food for the days prior and post cleansing. 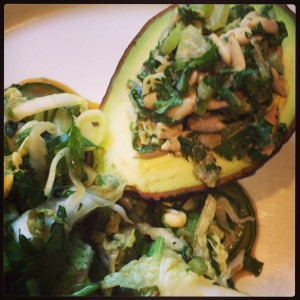 Last weekend I was thrilled to be back in the kitchen with a new chef Andrea and a brand new Embracing Health offering- A three day Raw Food Intensive. The twelve guests had come from all over the world- from Melbourne and Sydney to as far as England and New Zealand! These twelve women came to the retreat for various reasons, but one goal that stood out was to introduce new healthy food options into their own diet and the lifestyle of their families. Some of the guests faced challenges living on a rural property with the closest supermarket being 250kms away and in conditions that made growing your own produce near impossible. Others were searching for new ways to be creative in the kitchen, to help foster a healthier way of living and feel more confident with their skills in the kitchen.

Being the first retreat of this kind, we were unsure of how it would flow exactly, but it took no time at all to move into a steady and fun routine with it all. Andrea as head chef set up her work station in the front of the gorgeous Balinese style Shala at tallows Beach Houses where the ocean could be heard through the buzz of blenders and food processors! Then the 12 guests broke down into four groups of three, each group positioned at a large table to themselves in front of Andrea, set up with all of their own brand new kitchen equipment from chopping boards and knives to whisks, mandolins and spiralisers.

From the very first evening that the guests arrived, raw organic food was on the menu. Andrea talked them through the steps to make an incredible Zucchini Pesto Pasta, Stuffed Avocados and Oriental Salad and a date Nut Torte for Dessert. 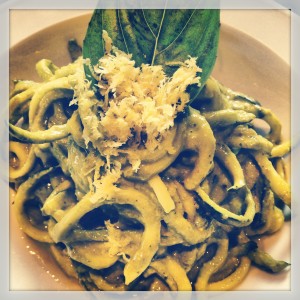 For most of the guests, this way of preparing (rather than cooking!) food was all new to them, and it was a delight to watch their enthusiastic and amazed faces as zucchini went through the spiraliser to become pasta-like noodles and a mouth-watering dessert was created with only three ingredients- dates, macadamia nuts and agave.

Sitting down to dinner that night and experiencing the joy around the table as the women quickly got to know one another over their first raw food meal, I was excited about the three days ahead in the kitchen and the journey was to embark upon with this group of lovely people. 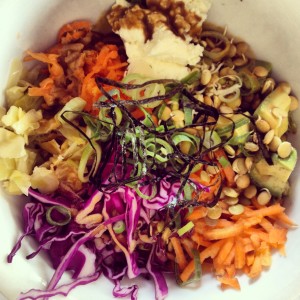 The next three days saw the guests making everything from scratch all by themselves with the helpful instruction from Andrea and assistance from myself where needed. It took no time at all to watch the groups become more confident with their methods of preparation and the way they could begin to distinguish tastes and textures in each new recipe. Simple and easy breakfasts were covered such as chia seed pudding (which was a favourite for everyone!), quick salads and dressings were made that could be replicated at home, and more complex dishes were mastered with delight such as an Indian Biryani with fig and mint chutney, flavoursome Nori Rolls with a duo of dipping sauces, zucchini rolls with almond and carrot pâté and Living Pizzas topped with homemade pesto and cashew cheese. 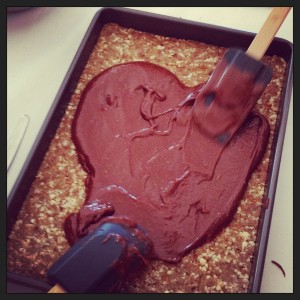 The participants were taught the ins and outs of making fresh nut milk, green smoothies, simple bliss balls to combat those sugar hits and how to stun anyone with a raw cashew cheesecake! 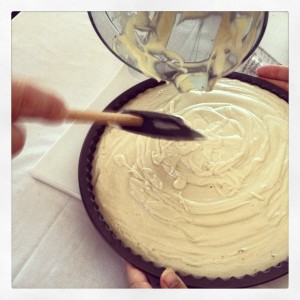 The food preparation classes were broken up with daily activities and spare time. On Sunday we were treated to a farm tour of local organic farms led by Naturopath and raw food teacher Jules Galloway. Visiting three beautiful farms in the Byron Shire, the guests were given the opportunity to see where their food really comes from- from farm to table. We were lucky enough to taste test fresh fruit straight of the trees such as mangos, finger limes, miracle fuit and watermelon. Jules treated us to homemade bliss balls in the bus as we toured from farm to farm and the guests were genuinely amazed and grateful for the experience of connecting the dots in the food chain.

On Monday morning we were fortunate enough to sit through a class on fermentation by Melbourne based fermentation enthusiast Tim McNeilly from Really Awesome Wholefoods (RAW). The guests were taught the basics behind what is fermentation and why is it essential to good health, and then Tim progressed through an eccentric range of fermented goodies for guests to try from flavoured kombucha to coconut kefir to milk kefir and cheese to sauerkraut and miso. The class lasted for the best part of the morning and the women remained enthralled and interactive throughout the entire session, asking questions, taking notes, trying all of the various products and putting their hands up at the end to take home starter cultures to begin their own fermentation projects once they got home. It was a joy to watch the excitement and interest in the group on a topic that was new to them and one that they could see could be easily entwined into their own daily life at home. 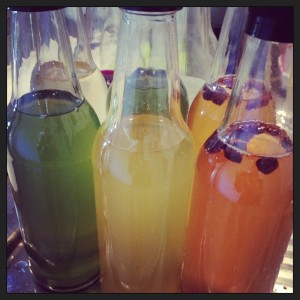 Located right at the shore of stunning Tallows Beach, guests spent the afternoon break at the beach, in the infrared sauna or just reading and relaxing in the comfort of their air conditioned cabins. The days began with early morning optional sun rise walks and evening sessions focused on talks or games such as finding recipes in magazines and converting them into healthier options by switching the ingredients so that a chocolate mousse laden with dairy, sugar and nasties became a healthy treat made simply of avocados, raw cacao, coconut oil and honey.

By the final morning as guests enjoyed a breakfast they had made of banana and cacao granola, fresh fruit, cashew milk and chia seed pudding, everyone was glowing and beaming, excited to return home and share their new found knowledge and skills with their families and friends and introduce new positive habits into their daily routines. 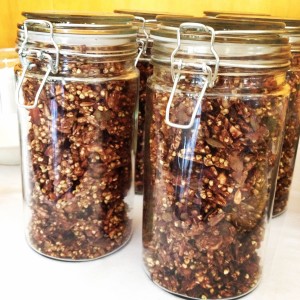 The three day retreat really gave participants everything they needed to incorporate raw food into their lives in a way that is simple, functional, sustainable and fun.

As we went around the circle sharing what we had learned and what we were grateful for, I had tears in my eyes as I witnessed the transformation of these new confident women who were proud of what they had achieved, moved through and taken on board. Such a retreat is not simply a learning of skills in the kitchen, but also a deeper learning of yourself as you face new challenges, new people and new ways of living.

Being the first retreat of its kind for Embracing Health I can only say it was a huge success and I can’t wait for the next one to come! Even after working with raw vegan food for five or six years now, I too was able to walk away with valuable skills and new recipe ideas. It was a wonderful experience to work with Andrea who is a lovely, genuine, approachable and knowledgeable woman so kind in her desire to share this way of eating and living with others. As always, Leisa and Rhianna were instrumental in their naturopathic knowledge and unwavering support for all of the guests varied needs. 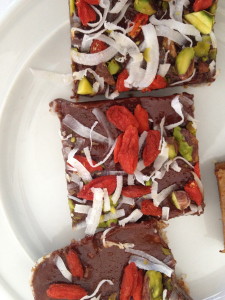 Being the only course of its kind in Australia, I would highly recommend this retreat to anyone who would like to gain a better understanding of raw living, would like to transform their eating patterns to healthier ways of being and seek to spend a few days in paradise, creating and sharing the best food ever in comfort, peace, laughter and friendship.