Anyone who is a regular reader will remember the blog posted a month or so ago about the truth behind those bargain holidays. Specifically focused towards cheap flights to Japan, the continuing nuclear fallout as a result of the 2011 Fukushima disaster and the lack of media attention surrounding this world issue. To read this blog post click here. 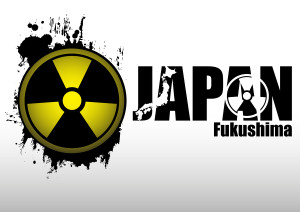 I am happy to say that finally some main stream media has given a report on the situation. In a 15 minute clip on Channel 9’s 60 minutes on Sunday night reports…

When a tsunami triggered the explosion at the Fukushima nuclear plant in 2011, the world feared the worst and for good reason. It is the most devastating nuclear disaster since Chernobyl. Tens of thousands of people were forced to leave their homes and millions of others now live in fear of serious illness. Radiation is everywhere — in the soil, trees, food, air and water. The Japanese are trying to clean it up, but they’re fighting a losing battle. Now, Liz Hayes goes inside the exclusion zone to the ghost cities, deserted and abandoned, never to be lived in again. And 60 Minutes will also broadcast a warning from one of Australia’s leading medical and nuclear experts, who says the 2020 Tokyo Olympics should be cancelled due to radiation contamination.

Dr Helen Caldicott has been one person to speak out about this disaster since it’s occurrence. She states she feels sick to her stomach, knowing that this problem will never be resolved. My favourite quote in this interview however is when Liz says “Can I say, you seem more worried than the rest of the world”, to which Dr Caldicott (pediatrician and radiation expert) replies “Well that’s because I know more”. And certainly I would have to agree!

You can see in the report that the spokesperson from TEPCO (Tokyo Electric Power Company in charge of the Fukushima plant) is reporting without clarity about the situation as it is. He states “We cannot say for certain that there is nothing going out into the ocean…” That is something very easily measured. Collect runoff, measure runoff. Results in hand. If he cannot say for certain, then perhaps TEPCO is still trying to keep a lid on exactly how bad the situation is. The government is still trying to convince its own people and the world that everything is fine.

I think the first step in addressing this problem is to talk about it. Openly, without holding anything back. Only once we known exactly what is going on and how it is affecting Japan, and the rest of the world, can we start attempting to come up with solutions. The people of Japan should not be forgotten, or left to try and fix this on their own. It is a global issue and we should be doing our utmost to make the situation better for all. To watch the whole 60 minutes clip, please click here.

Dr Caldicott also warns athletes and supporters to avoid going to the 2020 Olympic Games scheduled to be held in Tokyo. Tokyo is a mere 200km from Fukushima, and although Liz didn’t go into it, the town she was testing in was 60km from the plant and still reading dangerous levels of cesium in house dust, food, air and water. With $300 flights from Australia to Tokyo being advertised on TV right before this report, you can see the word hasn’t spread very far, and many unwitting Australians could be exposing themselves to dangerous levels without being aware.

Again, travel safe everyone, and make sure to spread this information to your family and friends.