Last week I spent the week at home. My partner and I planned to take the week off together as a “stay-cation”, a vacation where you just hang out at home. We were both going to do a cleanse, I was doing an Ayurvedic detox and Asa was going to do a bit of gut and liver work before our very busy month of celebrations and weddings in October. As the fates would have it, an intensive course that Asa wanted to do happened to be running in Brisbane from the Wednesday to the Sunday of our week off. As a result, I stayed home alone to complete my detox. More on that later…

The day after Asa left for his five days up in Brisbane my car decided to die. It got towed away and I was left very much on a stay-cation. A lot of exercise wasn’t encouraged on my detox, so as a result, I spent the majority of my time reading, sleeping, cooking and indulging in TV viewing online. Catching up on shows I never usually watch like the Bachelor (I’m ashamed to admit it, but I am seriously addicted now). If you have ever watched shows online you’ll know they now put ad breaks in them which is incredibly annoying, and for some reason, usually play the same ads over and over again which is even more annoying. Perhaps because of this constant repetition, I actually paid attention to what the ads were saying, and the results shocked and disgusted me. Here are my top 3 bad ads and the rubbish they try to teach us. 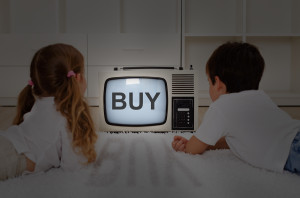 The first ad depicted a skate park, with numerous mini shops around the top of a large skate bowl. As the business men and women zoomed around on their boards, they used the new Paywave technology to purchase items from these stores. The poor sod who tried to pay with notes and coins ended up falling off his board and dropping his cash everywhere. The moral of the ad was “Never Stop”. I think this was the first ad I noticed because that’s exactly what I was doing last week. Stopping.

I see way too many people in clinic absolutely burnt out from pushing themselves too hard for too long. From working longer and harder than ever before, from not taking time off or allowing themselves to rest. Basically from not stopping. And this ad tells us we don’t even have the time to get physical money out of our wallets anymore? The message behind this ad horrified me.

Rest is vital to health. It is simply impossible to be healthy without having regular rest periods. Everyone will be different in their need for rest, but this includes adequate rest on a daily basis, a weekly basis and a yearly basis. Are you someone caught up in working a 12 hour day in a job paid for 8? Do you regularly do overtime, come in on your days off, work extra hours from home and feel like organising a holiday is just too difficult because of all the work you’ll have to come back to? How many holidays do you have up your sleeve?

To avoid adrenal fatigue, anxiety, depression, low motivation, stress, poor digestion, poor immunity and rapid aging, you must prioritise your life around rest. Perhaps, as my friends do, you decide that for one week every season you take time off. Others may prefer to save up their time off for longer holidays, others still may enjoy regular long weekends. You don’t have to go away, you don’t have to spend a lot of money, you simply have to get off the hamster wheel and take a breath. Just stop. Despite what Paywave may say. 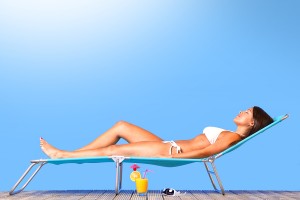 The second ad the disturbed me pictured a ‘mother and daughter’. Happiness and fun and a lot of “She has my eyes and my smile” then all of a sudden “She inherited something else from me too- eczema. There is no cure but it can be managed”. I’m sorry what? It can’t be cured? To be accurate they really should have put “by pharmaceutical medicine” after that statement.

Eczema is not impossible to cure. In fact natural medicine does just that on a daily basis. Certainly some cases are stubborn, but luckily, children usually respond the best to natural medicine and I have seen the most amazing results come from natural treatment.

Often the cause of eczema is diet related, allergens in the diet, combined with conditions such as gut permeability, liver overload and immune hypersensitivity lead to server cases. But treating these elements from the ground up, identifying and addressing the cause (instead of just whacking on a suppressing cream like the ad suggested), will quite often see cases resolved in mere months. So yes, she might have inherited your dairy intolerance and your propensity towards immune hyperactivity, but it doesn’t mean she has to suffer all her life. Address the causes, heal the damage, cure the symptoms.

My third horrific ad experience was with Subway. They have a new sub. It is smoky BBQ shredded beef or something of the sort. Looking at the disgusting mass of glistening, sloppy meat in this ad actually made my detoxing stomach turn over. Gross.

A drill sergeant is going along the line of lunch break takers, interrogating them about their lunch. “Is your lunch made with slow cooked premium shredded beef?” states the sergeant, “No sir” replies #1, so the sergeant chucks his lunch over his shoulder. “Is your sauce bursting with super smoky BBQ flavour?” he asks our #2. “No sir” so over his shoulder the second lunch goes. Finally “Is that low in fat” to #3 holding a pie, “No sir” and down it goes…

Now I’m not saying that a dirty street pie (OMG Bachelor reference!!!) is a better lunch option than Subway, in my mind they are both as bad as each other. But there will be a lot of people out there who think that by chowing down on this chemical cocktail of low fat, shiny brown sauced, microwaved, packaged meat, they are actually doing their bodies a favour. No, I’m sorry, think again. 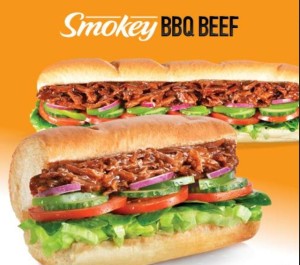 You want to have a healthy lunch? Choose REAL foods. It doesn’t matter if it’s raw, vegan, vegetarian, fruitarian, carnivorous, omnivorous, whatever! Just make sure the foods are whole foods found in nature. Organic, unprocessed, no rubbish flavours, colours or preservatives, just real whole foods. The best foods are home made, that way you know exactly what you’re putting in. And just as a final point, I thought we’d moved on from the myths surrounding ‘low fat’ foods being good for our health? Obviously not. Well I guess they couldn’t say ‘low sugar’, ‘low carb’, ‘fresh’ or ‘organic’, they must have been stuck trying to flog low fat like it was a good thing. Poor Subway.

So what have I learned from my week at home and increased TV viewing? There is some serious rubbish on TV and I seriously hope the majority of people out there tune out or mute the ads when they come on. From my experience this last week, you’ll be far better off if you do!

Naturopaths can help with all areas I have mentioned above. If you need some help switching off and relaxing, treating eczema or learning about real, wholefoods, come and see a naturopath like me. I’d love to help.

P.S. For the sake of “continued scientific research” I will (although it pains me) continue watching The Bachelor. At least the finale is this week (Ohmygosh! Ohmygosh!). I must continue gathering evidence…