Last night I half watched a news clip about Bariatric Surgery and the push for this procedure to become publicly funded. With a little research today I found that the ACT has already begun paying for bariatric weight-loss surgery, making taxpayer-funded operations available in the ACT for the first time. Taxpayer-funded weight-loss surgery has been considered in the territory for 12 years, while gastric banding and sleeves have been available in public hospitals in South Australia and Victoria.

According to the head of chronic disease epidemiology at the Australian National University, Emily Banks: ”Bariatric surgery is a very effective treatment for people who are obese and have health problems. It is one of the most cost-effective treatments, so it really should be available, regardless of how much people can afford.” She went on to say that healthcare should be delivered according to need not ability to pay. She stated that “…the issue with bariatric surgery is that poorer people are more likely to be obese yet they are the ones who don’t have access to this cost-effective treatment.” 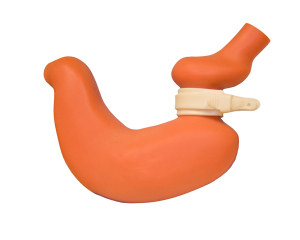 I worry about this news for a number of reasons. Firstly, this easy accessibility to surgery normalises this procedure as an acceptable option for the ‘treatment’ of obesity. As the statistics show, 10 years ago this surgery was incredibly rare in Australia. I doubt the majority of the population were even aware it existed, and doctors were certainly not suggesting it to their overweight patients as a treatment option. Over the last 10 years, that has changed. I vaguely recall hearing about bariatric surgery as something that happened in the US for those people who had no other options. I know in my head I related it to those morbidly obease US individuals that make the Australian news when they have to be cut out of their homes. Obviously, this was a very uneducated assumption and not at all correct, but the point I am trying to make is that 10 years ago, this was a last resort. Now it is a topic people chat about over lunch. It’s becoming normal. And to me, that is frightening.

And this brings me to my next point of concern around this weight loss surgery. It completely ignores the cause of the obesity in the first place. This is not some reconstructive surgery, replacing something that was broken or damaged. This is manipulative, physically altering surgery that implies that the only reason a person becomes overweight is because they can fit too much food in their stomachs. If the amount of food that can go in the stomach at any one time is drastically reduced, then the ‘problem’ is solved. This ‘solution’ pays absolutely no heed to the multitude, and I mean MULTITUDE of possible causes behind the persons weight problem.

Leisa has an absolutely brilliant chapter in her up and coming book ‘The F Word Solution’ explaining bariatric surgery further, and all the dangerous ramifications behind using this as a ‘cure’ for weight issues, without identifying and treating the actual underlying cause. I won’t go into it in any further detail here, suffice to say that I believe everyone can understand that there is not one person out there who was born with a band around the top of their stomachs, preventing them from eating too much. Why we believe it necessary to place this foreign object in our bodies just goes to show me how much of a God Complex we humans are developing.

I cannot go on without reaching out to those people who have had bariatric surgery or know someone who has. I am NOT saying the reason for your weight is necessarily your fault. I am NOT saying that you’re lazy or weak by getting this surgery as sometimes a life saving procedure. I am saying that there are genuine, serious and identifiable reasons for weight issues that are simply being ignored by the mainstream medical field. For example, if you have a thyroid problem, and enormous doses of T4 are still not helping you lose weight, and every medical diet program under the sun doesn’t shift those stubborn kilograms, and your weight is damaging your hips, knees, back and ankles, and you are in constant pain, and depressed and feeling like there is nothing out there that can help you…. Then it is so easy to listen to the doctors and have a surgery that has been promised to fix so many of your problems. 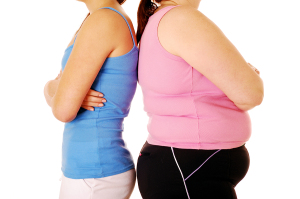 The thing is, the problem isn’t fixed. Your thyroid is still not working. You certainly might lose weight due to the restrictions on the amount of food you can put in your body, but the underlying problem remains. Health is not reached. And the reason is because the thyroid has not been treated. And the thyroid hasn’t been treated because doctors can not treat the thyroid more than throwing synthetic thyroid hormone at it and hoping the symptoms get better. Doctors as yet have not found a drug that cures thyroid problems. But naturopaths have been working successfully, helping people support, treat and manage their thyroid issues, so that the side effects, symptoms and concurrent issues are reduced and eliminated. We have been doing so for many years. That is what we do: we identify and treat the cause.

And finally, I have briefly mentioned this prior, I take task to the fact that by using bariatric surgery as a common place method of weight control, we are messing with Mother Nature. We have never done this before, so we have absolutely no idea what this kind of interference may do to us, years or generations down the track. I believe if we were meant to have a band around our tummies, or our tummies were meant to be sleave-like and smaller, then that is how we would have been born.

I certainly believe that everyone walks their own journey on this life, and what suits one person does not necessarily suit the next, but at the end of the day I do not believe that encouraging bariatric surgery for weight control will help us evolve as a species. We have the ability to look deeper, identify the cause and use Mother Natural to remedy imbalances. Why are we ignoring this in favour of placing something foreign and manmade inside our bodies? To me, it just doesn’t make sense.

Excellent article Rhianna! I can feel your passion for this topic through your writing and I get as fired up about it as you. Thanks for discussing this important issue so eloquently.
-ingrid-

You’re welcome Ingrid! Thank you for your feedback.

Yes, there are definitely areas I tend to get fired up about, and this is certainly one of them!

thanks for sharing
it helps a lot

Thans For sharing this information about Funding.
It will help a lot