I know the title of this blog sounds like a band or perhaps a street performer known to live in Byron Bay (oh wait, that’s Salty Rain), but today we are actually looking into the miracle that is salt.

I was lucky enough to travel around Australia last year, helping out on the David Wolfe Australian Tour. Although I didn’t watch David speak at every event, there were numerous opportunities to slip in and listen over the tour. One of the simplest pieces of information he shared with everyone has reminded rooted in my head since that time. Just warning you, you have to read this is a strong American accent… 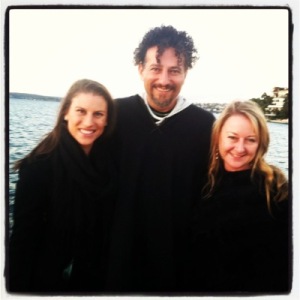 Salt is certainly a vital element of life, and I think I probably mention it to every single patient I see. But it’s miraculous cures have been highlighted again for me this week.

The daughter of an elderly gentleman came up to speak to me the other day. She said her Dad was suffering from a lot of dizziness, would see big black spots before his eyes when getting up from sitting or lying down, and felt pretty horrible. After a few quick questions, this very tall, thin man told me he was on blood pressure medication “as a preventative only”, and that his doctor told him to cut out all the salt from his diet to protect from blood pressure issues. It was a very hot day outside and I could see sweat on the old mans brow. Taking him and his daughter into the consult room, I quickly took his blood pressure only to find it was significantly low. I quickly brought him a glad of water with a teaspoon of salt in it. He drank that down as I explained to him about how vital salt was for regulating blood pressure. Certainly, too much of the wrong kind of salt (table salt) is very bad for your health, but amounts of healthy salt such as Celtic or Himalayan salt is good for you!

In fact it is vital. Our blood, sweat and tears are all salty. So many of the chemical reaction of our body need salt, cells themselves often have sodium pumps, whereby they move sodium and another substance (calcium or potassium) across their membrane. Without that salt to act as a shuttle, the other substance would not be able to be taken in or out of the cell. Our adrenals need salt, and those people who suffer from adrenal fatigue often crave salty foods for that reason.

After about 10 minutes the gentleman was feeling much better. He was no longer spacey in the head, not dizzy, his colour had returned and his blood pressure had increased slightly. I recommended his to go to a new doctor and review his situation. For someone whose blood pressure is not high, to be told they need to be on blood pressure medicine as a preventative, and also told to avoid all salt, that is just crazy. He could have had some serious health complications or even died. I also suggested that he include some good quality salt such in his diet daily. Either in his water or on food. He was so happy! His body had been craving salt for ages, so he couldn’t wait to have some on his meals again. A couple of weeks later, he popped into the store after seeing a new doctor and being taken off the unnecessary medication. He was no longer feeling weak or dizzy and his vision didn’t black out on standing. Plus he said his head was clearer and his energy levels had returned! He was amazed that something we take for granted had such an effect. 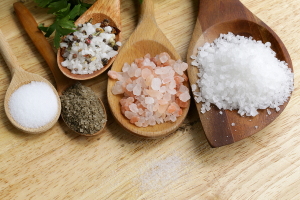 Another lady I spoke to recently complained of feeling terribly fatigued and lethargic, with no concentration. She said her brain just wasn’t working to the point it was difficult remembering her own name. She was also very distressed, having adopted a vegan diet early this year she felt frustrated at doing everything ‘right’ and feeling worse than ever. After I questioned her on iron levels, her daily diet and her lifestyle, I found out that she was not adding any salt to her food. She had attended a cleanse earlier in the year and they taught that plants provide all the elements necessary for life. So there is not need to add things like salt, as there is salt already in fruits and vegetables.

She had recently tested her iron levels are they were healthy. This made me look more towards salt. She was working in a very hot work environment and also going to Bikram Yoga 3 or 4 times a week. She was losing heaps of salt from all this sweating. She was not too keen on the idea of taking some salt in water, as she wanted to follow the information she had learnt previously. I persuaded her to add ½ a teaspoon of Celtic salt to a glass of water and see if that helped. I told her even if her body didn’t need the salt, a half teaspoon certainly wouldn’t hurt her.

10 minutes later she was feeling like a different person. Chatting to her further, I discovered she has ad issues with adrenal fatigue in the past, a condition where salt is absolutely needed for health. The next day I heard from her and she said she was feeling 90% better, and couldn’t believe a little thing like salt could have such a powerful effect. She has since started making a hydrating drink for after her Bikram classes containing 1 teaspoon on Celtic salt in a 1.5L water bottle, with 1 teaspoon of honey and the juice of a lemon. She is also happily adding salt to her meals.

In healthy amounts, good quality salt is your friend. Depending on the amount you sweat, exercise and the other sources from food, I recommend adding ½-1 full teaspoon of salt to your water per day. Good quality, natural salt also contains concentrated micronutrients. That’s why you always want the ‘dirty’ grey salt as opposed to the clean white stuff that has been stripped of all these elements. Please enjoy your salt, and can I just say, have you tried it in chocolate? So good!! How about on papaya, or in water, on salad, on avocado, tomatoes, cucumbers, oh my!

“Everywhere the sea is a teacher of truth. I am not sure that the best thing I find in sailing is not this salt of reality” is what I remember reading your article

Thank you so much Gloria, I love it.

Next post: When Physical Symtoms Are More Than Just Physical