Alternative medicine is under the spotlight in Australia, with calls to end private health insurance rebates for any natural healing modalities – rebates that are partly subsidised by the government. Recently on the 7.30 program on the ABC, the story “Should alternative medicines have their government rebate cut?” highlighted a draft report showing no proof that 17 different natural therapies worked, providing a basis for the call to scrap the $164 million dollar’s worth of private health insurance rebates paid out each year to people who embrace alternative therapies. 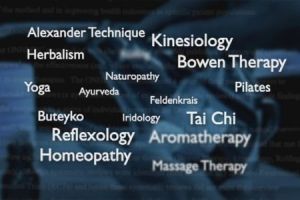 There were more than a few issues for me with this story, the first being the quality of the ‘leaked’ report initiated by the Labor government in 2012. As I have written about several times in the past, (The Double-Blind Debacle, The Rejection of Alternative Healing?) when we start trying to evaluate natural medicine with the same tools used to evaluate orthodox medicine, you are never going to get an answer that satisfies their criteria. As I have written previously:

“Natural medicine, because of its holistic quality, can never conform to industry standards because you cannot measure all the variables involved in healing.  It would be like measuring rainfall with a thermometer – yes they are both related to weather, but you are never going to get the right answer using the wrong instrument. And so it is with holistic medicine.  Ancient traditions such as Ayurvedic and Chinese medicine are dismissed by an ignorant medical community who do not understand that thousands of years of trial and error produces a very sound knowledge of what works and what doesn’t.  Science keeps trying to put our remedies into the same box as a drug and measure it the same way, and it just cannot be done.   We will get false results, jump to the wrong conclusions, and invalidate legitimate therapies.”

Any genuine holistic treatment encompasses the synergy of more than one variable – herbal medicine works best when multiple herbs are given that enhance the effectiveness of each other; wholefood has thousands more nutrients that we even know about; the relationship between the practitioner and the patient has to factor into the healing response; as does the lifestyle of the patient, their habits, stress levels, emotional wounds, toxic chemical burden, relationships, exercise levels, whether they have fresh air, sunshine, pure water and supportive people in their life.”

All of these factors combine to provide healing for patients, and they cannot be forced into a double-blind placebo controlled study which only measures for one variable. It doesn’t mean that our modalities are wrong, it means that we need a different way of measuring outcome other than the one that the scientific model uses. 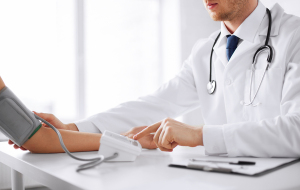 For example, a patient may come in with high blood pressure. A doctor will write a prescription for blood pressure lowering medication that is symptomatic and does not heal the disorder, but merely forces the body to act in a certain way that is measurable in a clinical trial. As long as the pill does what it purports to do (lowers blood pressure) it is considered to be a success. No matter that the underlying causes are not healed and will lead to more serious disease in the future, or that there is a myriad of side effects from the drug – as long as the one variable being evaluated shows a response, then the drug is a success.

When a naturopath sees this patient, it is a different story. We want to know why the patient’s blood pressure has risen. Are they nutrient deficient, under stress, do they have hormone imbalances, kidney issues, are they dehydrated, is there evidence of cardiovascular disease, is there a toxin or poison affecting their system, are they obese, sedentary, do they have issues with insulin resistance, allergies, intolerances? We will take an hour and a half to evaluate all aspects of a person, physically and emotionally. If we see twenty different people in clinic with high blood pressure, we may give out twenty different and unique prescriptions. This level of individual assessment and treatment cannot fit into the standard scientific model. You would think that concept would be pretty straight-forward for anyone to understand, but unfortunately that is just not the case.

From 7.30: “Professor John Dwyer is co-founder of the Friends of Science in Medicine organisation. He says the review confirms what he’s been arguing for years. “None of these modalities offer any chance of addressing underlying pathological disease processes. That’s the major point. They might make you feel better for a little bit, but they’re used for treating things, serious things like everything from autism to asthma to cancer. And we have numerous examples of people dying prematurely and unnecessarily because they put their faith in the fraudulent claims made by people offering these modalities.”

What I find astounding is the fact that his statement is the complete opposite of what natural medicine practitioners know to be true. Orthodox medicine does not offer any chance of addressing the underlying pathological disease processes, especially in chronic, long-term illness. Alleviating a symptom does not mean that the underlying cause has been addressed. It is natural medicine that does this – we look for the reasons behind why a person is suffering with a disease or disorder, and then we correct the foundation roots of the problem, not just temporarily relieve the symptoms. Professor John Dwyer also states that people are dying prematurely and unnecessarily because they put their faith in alternative medicine, when the truth is that thousands of people die unnecessarily each year from prescription medicine. But he’s not mentioning that, of course.

Certainly we need controls and standards of care in the industry, that goes without saying. Any professional that has trained extensively in their chosen modality wants to see the upholding of quality care for their patients. I personally have huge issues with unqualified people treating patients – there are many “health coaches” who, having done a short correspondence course, are “treating” people with serious illness, and I don’t believe that is right. However when we are talking about naturopaths who have completed a four year degree in their field, alongside many other practitioners who have spent years learning their craft, we have a right to practice, and people have the right to choose the type of healthcare they need.

I would love to see natural medicine, especially preventative medicine, given the same level of government support as the medical industry receives now. Imagine a world where naturopath appointments were subsidised and bulk-billed. We would see a revolution in healthcare and I am certain, a massive reduction of spending on disease-care over time. It is sad to see that even with massive support from the public, the tide is turning against natural medicine when it comes to government support and rebates. I do hope this will change eventually, but I won’t be holding my breath waiting.

Yes Leisa, it is a sad state of affairs when a government takes advice from a pharmaceutical backed organisation who is hell-bent on destroying the natural medicine industry, which, I might add, brings in millions of dollars into the economy each year. The whole problem is the bias towards pharmaceuticals because of the massive amounts of money that change hands between government and the pharmaceutical industry.

Unfortunately, the people who need the help of nutritionists and naturopaths are the ones who, in the end, lose out. And we, as praccies, somehow have to find the balance between making a living, charging what our services are worth, and being aware that if people lose their health fund rebates, they may no longer be able to afford to see us……a fine line indeed!

I agree that the “health coaching” industry needs to be “cleaned up”, so to speak. It is crazy that an online course that takes 12 months and is approximately 50% devoted to teach people marketing skills, can be somehow recognised and give people the “authority” to treat people. This is what the government needs to be looking into…not degree trained nutritionists and naturopaths…..talk about screwed up priorities!

I agree with your views 100% Leisa and Annette, sadly it would appear we have taken a step backwards.

I totally agree too, there is such a divide between alternative medicine and the science world and there doesn’t need to be. I hate the superiority complexes that doctors and scientists have about their world, when if you look deeper, many studies are funded by the drug companies that are looking for a certain outcome and everything is about money.

I for one hope that alternative medicine continues to attract health benefits, it isn’t a huge amount but makes a difference to a lot of people. I would like to see the government put more effort into preventative medicine, as you say, because that is what would help people a lot more.

Next post: Feeling Depressed? It Could Be Your Thyroid…