The Rejection of Alternative Healing

The Rejection of Alternative Healing

The mainstream medical establishment’s rejection of alternative healing not only flies in the face of hundreds and even thousands of years of history, it also flies in the face of good science. History has taught us time and again that the science of today is often found lacking tomorrow.

Apparently, that is a lesson that has continued to be lost or ignored by today’s mainstream science, even as many of their longstanding beliefs are being overturned.

Another principle which mainstream medicine fails to understand is that lack of evidence is not the same as evidence of lack. Often, lack of evidence is merely lack of understanding and current knowledge. In many instances, mainstream rejection of alternative healing violates the foremost principle of the scientific method itself – observation. Successful alternative healing has been observed to be successful dating back hundreds and even thousands of years. 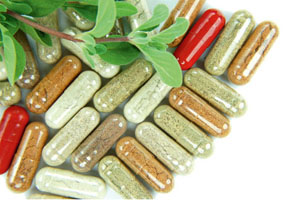 Mainstream medicine continues to reject observed success as merely anecdotal and contends that only rigorous testing will provide any validation.

The FDA, which is supposed to oversee medicine in the U.S., carries bias against alternatives medicine to absurd extremes – refusing to allow even natural fruits, vegetables, vitamins, minerals, or any other item to claim health benefits unless they have gone through the complete FDA approval process at costs up to a billion or more dollars. When alternatives are tested, the studies are often marred by lack of current knowledge and understanding as well as design flaws. That includes vitamins and minerals studies which fail to consider how nature works synergistically, as well as the differences between natural vitamins and bioaviailable minerals, and synthetic petrochemical vitamins and crushed rock minerals.

Modern science has long denied that acupuncture offers any benefit other than the placebo effect and much of the mainstream establishment still clings to that view even as study after study has proven them wrong. For example, a recent report from the National Institutes of Health (NIH) stated that “many well-designed studies have found that acupuncture can help with certain conditions, such as back pain, knee pain, headaches and osteoarthritis.”

By Tony Isascs from The Best Years in Life – you can read the full article at: Wake Up World

You can also read my blog post The Double Blind Debacle