I just read an article published in the Sydney Morning Herald, where the author admits to fantasising about Pete Evans contracting a life-threatening illness so that he can put his “food as medicine” beliefs to the test – I’m assuming so that he can fail (and die) so that the author will be vindicated in his belief that food does not have the power to heal disease. I am so disgusted at the appalling inhumanity of that article that it takes my breath away. The media seems to be lowering itself to the most vile form of attack to try and discredit anyone – but especially those with a following and strong media profile – from speaking positively about the impact of eating a wholefoods diet as a way of both preventing and treating disease. It is ignorant, divisive, and heartless. 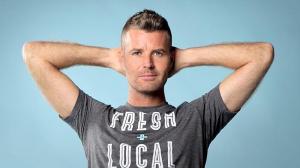 In this country we have such a blinkered and brain-washed view about health – a media-driven, deliberately engineered divide between “science” and “quackery”. Quackery appears to be anything that challenges the status quo of orthodox medicine being the only form of health treatment, and anything else is considered to be “unscientific” and “scamming” the vulnerable and naive consumer. It is an incredibly one-sided conversation, with the knowledge, science (yes – real science), and results being experienced by hundreds of thousands of people around the world who are moving away from orthodox medicine and finding help in the world of natural alternatives – being completely ignored, vilified, and ridiculed.

Even though I am not the world’s greatest Paleo fan as I have a few differing beliefs around certain elements of it – on the whole it is a massive step forward in the education of the consumer about the power of wholefoods to create health and reverse disease. Pete Evans, with his prominent media presence is doing a fantastic job of getting this topic out in the media. I admire his strength of conviction, courage, and purpose in the face of some incredibly cruel and abhorrent media attacks. I think the level they are now stooping to – to discredit the message that Pete is aiming to deliver – shows just how much impact he is having and the lengths that the media and those who control it will go to in the fight to annihilate our industry. I wrote not so long ago about a piece aired on A Current Affair about this topic – “Paleo Pete & Fad Diets” – which again took a huge swipe at Pete personally, and aimed to ridicule his passion for the healing power of food.

I have been in the natural medicine industry for a long time – decades. I also worked for five years at Hippocrates Health Centre, a raw vegan detoxification retreat on the Gold Coast, guiding people through a week long raw vegan juice fast and holistic detoxification program, assisting thousands upon thousands of people to change their lifestyle and heal from many varied chronic diseases. Following that, for the past eight years I have been running my own retreats, educating people on the incredible healing power of a naturopathically designed detoxification program, and the influence of eating a primarily plant-based, wholefoods diet. The results are astounding. I have been privileged to witness the reversal of just about every type of chronic disease there is. These are not easily dismissed “anecdotal” stories people tell about how they feel better after eating well for a few weeks – these are cases where we see real changes in blood tests results, reversals in the markers of disease, the reduction and elimination of symptoms. It is not quackery – it is real and cannot be ignored no matter how many media lackeys spread their false and uneducated opinions about health and healing.

The truth is being revealed, and as the saying goes: “All truth passes through three stages. First, it is ridiculed. Second, it is violently opposed. Third, it is accepted as being self-evident.”

We are in the stage of food as medicine being violently opposed. Worse is to come I am sure – but if we keep moving forward in spite of the scorn that is thrown at us, trusting in the clear and unquestionable results that those of us in the industry see every single day, we will see the tide turn and the knowledge we have now will become self-evident.

I’m with you, who does that? What sort of journalist wishes a life-threatening illness upon someone because they are talking up healthy food? That journalist must be a sorry excuse for a human because that is absolutely disgusting. And ignorant. What is the world coming to when these idiots have a voice in mainstream newspapers? Ridiculous.

You are kidding me, right? Surely no sane human being would with a disease upon another? What sort of freak does that? I didn’t read the article because mainstream media gives me the shits, but I do read your blog and this one has totally reinforced the reason why I don’t read the newspapers. Total garbage yet again.

I find the media attacks on people like Pete Evans and Sarah Wilson becoming increasingly personal and vindictive. I too, am in the health industry with a masters degree in nutrition. Although I do have my own opinion on “unqualified” celebrities giving health advice – on the whole they do not deserve the vitriol that is spat their way.

Every single day orthodox medicine does untold damage and harm to people’s health. There is no dispute that they unnecessarily kill thousands of people every year due to the side effects of their ineffective and dangerous drugs. Yet we don’t see widespread media horror at those statistics, because orthodox medicine is “scientific”.

But talk about food as medicine and the media is in an uproar. If it wasn’t so dangerous it would laughable. This is stooping to a new low, I agree. To wish someone a disease so that they can be proven wrong, is a hateful attitude.

Can this even be considered journalism? The lowest of the low. I love Pete Evans – he is a legend. I follow a pretty much Paleo program, although probably less meat than recommended as I do have a more vegetarain diet, but not strictly so, and the health benefits are amazing. I bet the author is sitting behind his computer, taking a heap of meds, overweight and unhealthy and judging everyone else behind the safety of a screen.

I really like your post here, Leisa, it was really well written and you’ve gotten to the heart of the matter.

It really is a sad indictment on the pathetic industry we call journalism, when a personal attack on someone who is promoting healthy eating, is dished out as news.

There is a lot more going on in this extremely screwed up world to be outraged about, instead of attacking someone who’s aim is to get people eating real food instead of laboratory created garbage.

I never wish ill will even to my worst enemies. And this issue isn’t even that big of a deal. I think that everybody can do what pleases them as long as they are not violating other people’s rights.

However are any of your medically trained. Some of the information that Pete give out is against what medical expects would recommend. Therefore he is putting people’s lives at risk. If he could back up what he was saying with scientific evidence I feel the attack on him would reduce. Jamie Oliver also promotes health eating and has created a lot of changes by using evidence and facts not individual option. Jamie’s has never had the same amount if media negativity.

Surely no sane human being would with a disease upon another? What sort of freak does that? I didn’t read the article because mainstream media gives me the shits, but I do read your blog

Outsourcing training has been going on for quite a few years. It also proves that the world is full of competition today.With over thousands of freelancers, what are your chances to get noticed by clients and find work? Well, that is what you will learn from our master trainer of freelancing who have years of experience in finding and dealing with clients via freelancing websites like Fiverr, Freelancer and Upwork have quickly become the popular platforms to offer freelance projects. You can even start your own career as a freelance digital marketing service provider after going through the course.
Almost every kind of administration a business would need could be given by a Freelancer in Dhaka, including , promoting, for example, online networking showcasing, copywriting, and exposure, composing, for example, articles and blog entries, innovative support, for example, web programming and plan, imaginative works, for example, visual computerization, and budgetary support, for example, accounting.

Previous post: Economics Over The Environment – Dictatorship In Australia