Economics Over The Environment – Dictatorship In Australia

I saw a very disturbing interview about the Abbott government’s proposal to change laws to prevent environmental challenges to large developments on the 7.30 Report two nights ago. I thought I would see massive outrage on the internet about it, but somehow the frightening implications of this law change have been seemingly overlooked. 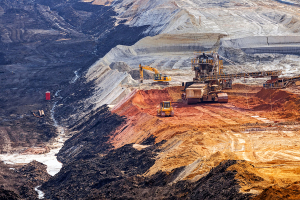 As reported by The Sydney Morning Herald: “Abbott government to change environment laws in crackdown on ‘vigilante’ green groups”

“Environment groups will be forbidden from challenging large developments in court as the Abbott government responds to the controversial decision that stopped Australia’s largest coal project – Adani’s Carmichael coal mine – in its tracks.

Attorney-General George Brandis will move to repeal a section of Australia’s environment laws that allows conservationists to challenge environment approvals for mining projects and other large developments. It comes after Prime Minister Tony Abbott labelled as “sabotage” a successful challenge by a Queensland conservation group in the Federal Court that halted Adani’s Carmichael coal mine in central Queensland.

Mackay Conservation Group, Adani and Environment Minister Greg Hunt agreed the company’s federal environment approval should be set aside after the challenge successfully exposed the government’s failure to properly consider two threatened species – the yakka skink and ornamental snake. Mr Abbott declared in the aftermath it would be “tragic for the wider world” if projects like Adani’s could not proceed because they could be “endlessly frustrated” by environmentalists.

The Coalition endorsed a plan on Tuesday to repeal a section of Australia’s Environment Protection and Biodiversity Conservation Act that allows green groups to mount legal challenges to environmental approvals. Senator Brandis will put the amendments to Parliament this week. The crackdown has been described by the Greens, environment and community groups as an “attack on democracy” that will limit the rights of communities to ensure the country’s environment laws are being upheld.

On Sunday, Senator Brandis said the act as it currently stood had encouraged cases of “vigilante litigation” and he was “appalled” by the Adani decision. Under the current laws, anyone “adversely affected” by a decision or a failure to make a decision has the legal right to challenge it. This includes any Australian citizens and residents who have acted “for protection or conservation of or research into the environment” any time in the two years before the decision was made.The changes proposed will mean that legal challenges can only be made by people directly affected by a development, such as a land holder.” 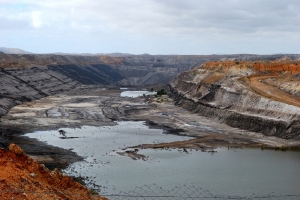 At some point, our government is going to have to understand that we are completely dependent upon our environment for survival. That we cannot keep destroying the earth and as a species have a hope of surviving. All governments seem to be focused on is economic growth – and this model is unsustainable in the long term. Growth can only continue for so long before our resources become so depleted that life is not viable. We are seeing this already in the extinction of thousands of species of animals and plants, the reduction of oxygen in the air we breathe, and the huge disparity between the rich and the poor.

The model we have is not working. Yet the single-minded focus of those in charge is to continue to rape the environment in the pursuit of continual economic growth. If these people are so smart, why can they not come up with a way to create growth industries that are going to support the environment, not destroy it? We have the capability of becoming a nation that uses 100% renewable sources of energy and a huge industry could be created with this as a goal. But no, this government has done everything in its power to destroy the renewables industry and is more interested in selling off Australia to foreign interests who care nothing for the ongoing destruction of our pristine environment. We see the same lack of concern from the fracking industry who are hell-bent on bringing this toxic, destructive, and vile industry into some of the most beautiful parts of our land.

So when environmentalists who are passionate about preserving our natural landscape see the government making decisions that have a negative environmental impact, they seek legal channels to challenge those decisions. In reaction, what does a “fair and just” government do? Retaliates by changing laws to prevent eco-groups making legal challenges on environmental grounds. This is what a dictatorship looks like. The environmentalists are labelled “vigilantes” rather than well-educated, informed, intelligent and passionate people who see a bigger picture here than the short-term benefits of “economic growth” through environmental destruction. The proposed law changes only allow those directly affected by the development, e.g. land holders to mount a legal challenge. The issue is that the land holders are not likely to have the education, experience and knowledge about the broader impact of large developments, and therefore may not be in a position to mount a serious and effective challenge. This is where environmental experts well-versed in these matters, are needed.

Further in the SMH article: “Greens environment spokeswoman Larissa Waters said gutting public enforcement of environment laws was an attack on democracy. “Senator Brandis has become the first ever Attorney-General who wants less enforcement of the law. Our national environment law protects our most important natural icons and wildlife,” she said. Environment groups said the government was trying to strip communities of their right to defend nature and the few legal avenues they had.

“Landholders and communities are just not going to cop this,” Lock the Gate’s spokesman Phil Laird said. Nicky Chirlian, a member of the Upper Mooki Landcare Group challenging the NSW approval of the Shenhua Watermark coal mine, said: “If these changes go ahead, it will undermine basic justice and fairness for rural communities who are facing off against the biggest mining companies in the world.” The Australian Conservation Society said it was “nothing short of an attempt to strip communities of their right to a healthy environment”. “Prime Minister Abbott and Attorney-General Brandis seem determined to strip Australians of the right to legitimate legal action to protect nature in this country,” chief executive Kelly O’Shanassy said… Mr Sydes said the change meant that enforcing the law’s environmental protections was “at the mercy and whim of the government of the day”. “We all have a direct interest in making sure things like the Great Barrier Reef are protected so to suggest the likes of thousands (of conservationists) don’t have an interest in environmental outcomes is just nonsense,” he said.

This is a very dangerous state of affairs and if we don’t all stand up and do something about our government changing laws to suit themselves and their detrimental agendas, our country is going to be in serious trouble.

This was a great article and I totally agree – where does it stop? If the government just changes laws to protect themselves and their decisions and stop anyone who doesn’t like that from protesting through genuine legal channels- then what hope have we got?

You are right, this is verging towards dictatorship and it is scary.

Next post: Attack On “Paleo Pete” Hits A New Low