The Real Cost Of Food

There have been stories recently on the ABC that have revealed the extent of the slavery conditions that migrant workers are subject to whilst working on Australian farms harvesting fruit and vegetables – mainly for the large supermarket chains and fast food restaurants. Four Corners produced an excellent and insightful program called “Slaving Away” and this topic was also featured on the ABC News. 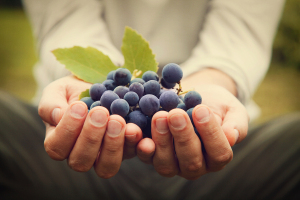 The Four Corners program explains: “There is slave labour in this country.” A Four Corners investigation has uncovered gangs of black market workers run by unscrupulous labour hire contractors operating on farms and in factories around the country. The produce they supply ends up in our major supermarkets and fast food chains.

“Almost every fresh product that you pick up… will have passed through the hands of workers who have been fundamentally exploited.” – Union official. These labour hire contractors prey upon highly vulnerable young foreigners, many with very limited English, who have come to Australia with dreams of working in a fair country. They’re subjected to brutal working hours, degrading living conditions and the massive underpayment of wages.”

This story is an important one and needs to be told. The exploitation of migrant workers is a disgraceful situation and needs to be rectified. But there is a bigger issue at hand here, driving this exploitation, and it is one that no-one is talking about. 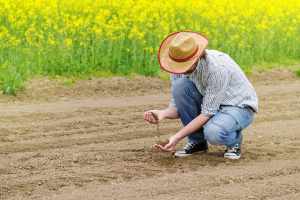 Farmers featured in this story defend their decision to use grossly underpaid migrant workers as that is the only way they are going to be able to afford to make a living from their crop and keep their business alive. Without entering into this type of exploitation they would not be able to continue farming. Which fundamentally means that their business model is flawed and they are not selling their produce for a price that reflects the real cost of producing that food. And we all end up paying the price for a food system that is inherently flawed and unsustainable.

We live in consumers world where there is a constant demand for bigger, better and cheaper. No longer are we willing to pay for quality, and with dollars stretched further than ever before, a bargain is the ultimate goal.  Unfortunately we have taken our consumerism mentality and applied it to an area of life that should never have been a part of the equation – the food we eat. As monoculture agriculture and government subsidies have driven food prices down, it has allowed a new industry to develop – that of processed foods.

No longer is food just food, but it has become a commodity that has entered the price wars with consumers able to eat manufactured items that cost very little. The detriment to health is not a consideration, as multi-national food companies compete for their share of the marketplace with chemicalised, processed, merchandise that often has very little “real food” contained in it. Consumers are conditioned to put both real whole foods as found in nature, into the same category as processed fake foods (it’s all “food” isn’t it?). And the fake foods are always going to be cheaper. Chemical colours, flavours and preservatives cost only a few cents – and when you can produce a product in bulk and store it on the supermarket shelf for years, you have a very lucrative item that can be marketed as food to an unsuspecting public. As I write in The ‘F’ Word Solution:

“Wholefood suppliers are not in a position to compete with the bulk food manufacturing industry. The costs to produce wholefoods are high, and there are very few dollars available for marketing purposes. One apple grower is not going to be able to pitch a catchy branding campaign to grab market share from another apple supplier. An apple is an apple and the consumer knows that. But when it comes to processed foods it is not difficult for marketers to find an angle to promote, giving their product an advantage over others. Wholefoods as an industry suffers badly from the onslaught of advertising that renders most natural foods invisible in the marketplace.”

If you follow the trail of the exploitation of migrant workers on fresh produce farms it ultimately leads back to consumer mentality. When we have the choice between paying the real cost of a piece of organically grown produce, or buying a packet of processed “fake food” that is marketed as edible – many people choose the cheaper option. And that is sad. The value of real food has been so degraded in the marketplace that most people are not willing to pay the true cost. Until we start recognising as a society the true worth of organically grown fruits and vegetables we are not going to halt the slavery issue. Demand equals supply, and unfortunately the demand for cheaper food ensures that these major issues are not going away anytime soon.

Leisa, you have hit the nail on the head as ever. My little story (only it’s true) will really make your blood boil! I have very good friends who are very well off – we stop for coffee after walking in Griffith – our suburb with a superb organic fruit and vege shop ‘Organic Energy’ along with a great range of ‘alternative’ (dreadful terminology) supplies – health shop, health care, etc. No amount of encouraging friends to buy their produce at Organic Energy while we were in the suburb worked because it is considered too expensive – so time & petrol are used to go to one of the big two to do the fruit and vege shopping – not even going to the independent fruit & vege shop within that complex. Oh my…….. must be ever grateful for the dedication of our organic growers making our world a better place.

This is a really interesting spin on a subject that I thought really only related to slave labour and not enough regulation of the migrant worker industry. I watched the Four Corners program and was appalled that this was happening in Australia – but I didn’t really think about how we all contribute to this situation by wanting cheap food. Thanks.

Very good comments Leisa, since I have been growing much of our vegetables and fruit and now appreciate more the price of these items and often comment on what does the farmer get for his carrots IF I can buy them of $2.00 a KG???? Same with cauliflowers, broccoli, avocadoes all that take much longer to grow than say lettuce and many of the pick again green leafy foods…. It will still be best for all of us to either grow as much as we can ourselves and the rest direct from Farmers markets, there seems to be more establishing themselves everywhere even in state capitals, so not just country towns. Direct buying will give the farmer a much better price, and people need to acknowledge that it takes 2 years to bear its first fruit of a pineapple plant for instance! On the subject of slave labour…. some in my family were growing pineapples amongst other crops, but they too gave up as they could not competewith the supermarket cheap prices of imported fruit, plus local labour was hard to get, many workers arrived at the farm and either left half way through complaining of back pain, OR just didn’t turn up the next day, and the farmer and his family were working double shifts to get the produce into the crates to be taken to the wholesaler / distributors etc. So that is something that has been ignored….labour that doesn’t want the hard work!

Oh Jill! How frustrating that must have been for you! I absolutely feel your pain… That is exactly what I’m talking about – people are so conditioned to the “cheaper is better” mentality, that they can’t seem to overcome that when it comes to buying food. Food is not a commodity, it is life, and we as Jeanette has commented as well, when you grown your own you realise how much actually goes into getting that food onto your table. Supporting organic farmers is the only way forward, not just for our health, but for the health of the planet. All we can do is just keep spreading the message and hope that more and more people start to realise that good food is worth a higher price. Keep up the great work hon!

Thanks for your message Kylie! I’m glad I could offer an alternative perspective on such a big issue. Appreciate your support.

Thanks so much for your thoughtful comment Jeanette, you are spot on with everything that you’ve said. Buying direct at Farmers Markets is the best way to support local growers and cutting out the middleman that pushes prices up. It demonstrates with the power of your dollar, what you want to support and what you want to see more of in the world. The value of food needs to be reframed in most people’s minds. And the belief that good quality organic produce is worth it, and that they are worth feeding good food.

I also appreciate what you are saying about finding good quality people to actually work on the farm – that can’t be easy. It is really unfortunate that the industry can’t be supported with fair pricing, so that enough workers can be employed to do the job well, and farmers can make a good living. Until we start to really value food, the problems are going to remain.

My husband and I are moving to our acreage later this year where we plan to grow most of our own food in a food forest, low maintenance situation, as well as looking at an aquaponics system. I know with the aquaponics people can grow an enormous amount of good quality produce even on a small balcony. I would love to see more people both growing their own food and supporting local organic farmers markets.

Thanks for feedback and valuable thoughts. xx

Sorry that this message is not related to the article above. Cuba has solved the cancer problem since the year 2010. The name of the laboratory is Labiofam and the supplement is called Vidatox achieving a 90% survival rate compared to the 35% average survival rate reported in the U.S.A. after 5 to 7 years by many treatment centers. All cancers and all stages are “treated successfully” – all natural and not synthetic. This is not a false claim, but the simple truth and the treatment is very inexpensive and administered by medical oncologists. No chemo, no radiation, and no surgery. God bless you all !!