When Fat, Definitely, Is Fat…

“Australia has become the fattest nation in the world, with more than 9 million adults now rated as obese or overweight, according to an alarming new report.

The most definitive picture of the national obesity crisis to date has found that Australians now outweigh Americans and face a future “fat bomb” that could cause 123,000 premature deaths over the next two decades.

If the crisis is not averted, obesity experts have warned, health costs could top $6 billion and an extra 700,000 people will be admitted to hospital for heart attacks, strokes and blood clots caused by excess weight. 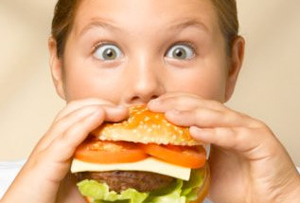 The report, Australia’s Future ‘Fat Bomb’, from Melbourne’s Baker IDI Heart and Diabetes Institute, will be presented at the Federal Government’s inquiry into obesity, which comes to Melbourne today.

A grim picture is painted of expanding waistlines fuelled by a boom in fast food and a decline in physical activity, turning us into a nation of sedentary couch potatoes.