Ninemsn: “Schools are teaching children to grow and cook healthy food in hopes of stopping the spread of Australia’s obesity plague.

The $12.8 million program will be extended to up to 190 government schools across Australia, with each receiving $60,000 to establish or enhance kitchens and gardens.

“Developing healthy eating, a love of food and an understanding of growing and preparing food early in life, will give the next generation the skills necessary to help avoid lifestyle related chronic conditions, such as diabetes and heart disease,” Ms Roxon told reporters. 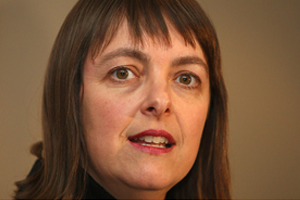 “It’s a great way to introduce kids to nature. Tackling obesity is not always about saying no.”

One in four Australian children is overweight or obese and it’s estimated nearly half of young Australians will be overweight by 2025.

Renowned chef Ms Alexander said although the program was focused primarily on children learning about food and eating it, it also gave them a wide range of other skills.

“I challenge anyone who is still a critic of this program to come to one of these schools, see how these children are affected, and not be changed,” she said.”

What a win for our kids!  Finally the government gets something right!