APPLETON, Wisconsin — A revolution has occurred. It’s taken place in the Central Alternative High School. The kids now behave. The hallways aren’t frantic. Even the teachers are happy.

The school used to be out of control. Kids packed weapons. Discipline problems swamped the principal’s office.

As reported in a newsletter called Pure Facts, “Grades are up, truancy is no longer a problem, arguments are rare, and teachers are able to spend their time teaching.”

Principal LuAnn Coenen, who files annual reports with the state of Wisconsin, has turned in some staggering figures since 1997. Drop-outs? Students expelled? Students discovered to be using drugs? Carrying weapons? Committing suicide? Every category has come up ZERO. Every year.

Mary Bruyette, a teacher, states, “I don’t have to deal with daily discipline issues. I don’t have disruptions in class or the difficulties with student behavior I experienced before we started the food program.”

One student asserted, “Now that I can concentrate I think it’s easier to get along with people” What a concept—eating healthier food increases concentration.

At a nearby middle school, the new food program is catching on. A teacher there, Dennis Abram, reports, “I’ve taught here almost 30 years. I see the kids this year as calmer, easier to talk to. They just seem more rational. I had thought about retiring this year and basically I’ve decided to teach another year—I’m having too much fun!” 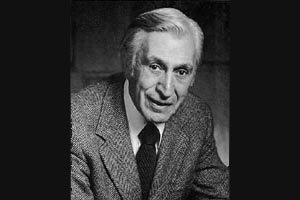 Pure Facts, the newsletter that ran this story, is published by a non-profit organization called The Feingold Association, which has existed since 1976. Part of its mission is to “generate public awareness of the potential role of foods and synthetic additives in behavior, learning and health problems. The [Feingold] program is based on a diet eliminating synthetic colors, synthetic flavors, and the preservatives BHA, BHT, and TBHQ.”

Thirty years ago there was a Dr. Feingold. His breakthrough work proved the connection between these negative factors in food and the lives of children. Hailed as a revolutionary advance, Feingold’s findings were soon trashed by the medical cartel, since those findings threatened the drugs-for-everything, disease-model concept of modern healthcare.

But Feingold’s followers have kept his work alive.

If what happened in Appleton, Wisconsin, takes hold in many other communities across America, perhaps the ravenous corporations who invade school space with their vending machines and junk food will be tossed out on their behinds. It could happen.

And perhaps ADHD will become a dinosaur.

As Dr. Bill Sears (pediatrician and author of 40 books) says: “Most of these children don’t have ADD, they have NDD … ‘Nutritional Deficit Disorder’.”