Wow, another busy couple of weeks that saw me heading to Melbourne to do some lectures for ARL Pathology – the company that I use for saliva and stool testing analysis – and last weekend I spent two full days being introduced to German New Medicine.

I have had an interest in German New Medicine for a while – I was even considering travelling to Canada in April to attend a series of seminars there – but one of the trained practitioners came to Australia and I was lucky enough to be able to attend.

GNM is a total departure from the beliefs of orthodox medicine and although it is quite unique unto itself, it does have a basis in the ability of the body to heal itself, and the onset of disease being connected to the psyche.  I could write about this at length, but here is a summary straight from the new medicine website:

“Through the millennia, humanity has more or less consciously known that all diseases ultimately have a psychic origin and it became a “scientific” asset firmly anchored in the inheritance of universal knowledge; it is only modern medicine that has turned our animated beings into a bag full of chemical formulas.” 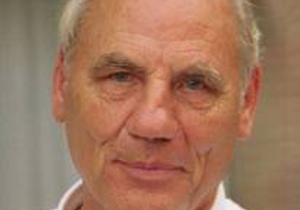 “Twenty years ago, Dr. Ryke Geerd Hamer, a German doctor with his own practice in Rome, Italy, received a call in the middle of the night. His 17-year old son had been shot while on holiday in the Mediterranean. Three months later, Dirk died and shortly after, Dr. Hamer, who had been healthy all his life, but who was utterly devastated by this catastrophe, found he had testicular cancer. Rather suspicious about this coincidence, he set about doing research on the personal histories of cancer patients to see whether they had suffered some shock, distress or trauma before their illness.

In time, after extensive research of thousands of patients, Dr. Hamer was finally able to conclude that disease is only brought about by a shock for which we are totally unprepared. This last point is very important. If we can in any way be prepared for the shocking event, we will not become ill. In fact, Dr. Hamer does not like to say ‘cancer’. Rather, it is a special biological response to an unusual situation, and when the ‘shock’ situation is resolved, the body sets about returning to normality. This is a very simplified account, of course.”

My introduction to GNM was fascinating.  It is very complex, very specific and very well researched.  The correlation between the certain types of “unanticipated shocks” and the patterns of “disease” that manifest in the body, almost reminded me of a much more in-depth and technical Louise Hay.

But GNM is much more than that – and even though I have reserved my judgment at this point as to whether I think it is the “one truth that negates all others” – I think there is enough in it to warrant utilising the information alongside traditional healing modalities.

I have always had a special interest in the relationship between the emotions, thoughts and ill-health and even though GNM takes this concept to a new level, exploring the link between a possible conflict shock and the present disease is certainly not going to do any harm and may very well lead to a greater understanding of the disease process.  And supporting the body in its healing process with natural whole foods, superfoods, meditation, exercise and other supportive therapies can only assist.

Dr. Price who did this initial two days training with us, is coming back to do the next stage of education and I am definitely going to be a part of that.  I’ll keep you posted on my thoughts about this new (“old”) way of thinking about health.

If you are keen to read more yourself – the website is www.newmedicine.ca

I am myself quite taken by this revolutionary ideas. I am a Counsellor & Psychotherapist and understood how crucial this therapeutic work is as part of the cure. However, I feel a bit strained as there is no application of the methos here in Australia, at least not yet or maybe I am wrong. Do you know of anybody directly involved with it in Melbourne or anywhere else in Australia. I would appreciate any info on this matter, as I am quite passionate about it and really do not know where to start. I have a sense it is revolutionary indeed and it is also very very urgent that we do smth here in due time.

Hi, I am also looking for a german new medicine practitioner in Australia, preferably someone near Brisbane. I’ve been searching but so far cannot find anyone here.

Hi, I need a GNM Practioner to help my son. Is there anyone in australia that can help?
Thank you. Monique

Hi Monique,
I’m not sure of any practitioners in Australia – you might try the GNM website and contact the administrators in Canada to see if they have any contacts.
Good luck with it,
Leis

Just letting you know that I am currently a GNM Practitioner and would love to help anyone in need.

Thanks Jeanne – I appreciate you posting here and I will pass any enquiries your way!
xxxxx

Hi – Jeanne Marie, I was wondering if you could email me – linda@keayes.com. I wish to speak to a GNM practitioner and I am located in Australia. Thanks Linda.

Just came across this website and I would like to let you know that Dr.Douglas Price will be in Sydney from 30th June to 12 July 2012. He is conducting a course in GNM 30th June to 5th July and consultations and healings from 6th July to 12th July. Anyone interested in either the course information or booking an appointment for consultation & healing may contact me – his calander is fast getting booked out. So, to avoid disappointment pls get in touch asap via email or phone – nos.
(02)89013663, Mobile: 0408025611. Many blessings, Blossom

Dear Aurelia,
I cannot recommend more highly the seminars with Doug Price in Australia as well as the ones in the States with Ilsedora Laker. They are intense but oh so enlightening.
Warmly, Neal

Hi there, I would like to sell my copy of the:
Scientific Chart of Germanic New Medicine – it’s condition is 9 out of 10 – this is the 2007 version. Alongside this are the two large wall charts.

So, I’m wondering if you or your students are interested in purchasing this.
Personally a a couple of years ago I thought I may study this modality but I am busy with my own
practice of energy healing at this time.

I look forward to hearing from you
Many thanks
Annette Janover