As a follow up to my post about Diabetes a few days ago, I found a blog by Ian Blair Hamilton of Ion Life in Byron Bay, who screened “Raw For 30 Days – Reversing Diabetes” locally.

In his blog post, he writes “Now you’d think that a movie about curing diabetes naturally would bring diabetics, wouldn’t you? Me too. But it actually seemed to bring raw foodies, and general natural health people – at least that’s the feedback we got from people as they filed into the theatre.”

Later on in the post he explains: “My lesson of the night came from watching a 26-year old man on the video. He was being asked why he didn’t want to make the final jump to no insulin at all. His answer: “Because all my life, every doctor I ever went to told me I’d be on insulin for the rest of my life.”

That explained to me why we had so few diabetics responding to our advertising and brochures. They believe that investigating a cure for diabetes, when their doctor has told them it is hopeless, will only bring on new pain and disappointment. So rather than investigate and come along, they stayed home with their insulin. 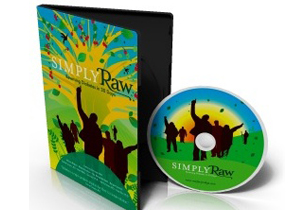 This morning I talked to Peter, my own doctor. He agreed. People don’t believe they can be healed, and he added that research into anti-diabetes drugs is taking on more and more complex drug research avenues. Just like cancer, just like heart disease, just like just what is happening for about every ‘incurable’ ailment. And yet think about it! Raw food diets heal diabetes!”

The effective management of diabetes allowing people to come off their insulin and medications is not difficult to acheive.  I saw people time and time again reduce or eliminate their need for insulin on a raw vegan detox program, and maintain their insulin free status with a simple fresh raw diet.

Ian’s goal is to get together a group of diabetics who would like to do a 30 day Raw Food Challenge, and I will be speaking with him and his wife Cassie in the New Year to discuss whether we could put something together with the Embracing Life! Retreats to do this.

But even if that doesn’t come together, any diabetic who wants to learn about the Raw Food Lifestyle and explore their options for improving their health via the foods they eat and the lifestyle they are living, can come to any of my Embracing Life! Six Day Detox, Healing and Raw Food Retreats and will find that they get all the information they need during that week to kickstart the healing process.

2009 dates have now been released and are open for bookings – some early bird specials are still available and there are payment plans options as well.

For anyone that is interested in healing any type of chronic illness, the Embracing Life! Retreat could change your life.