While I was over in Perth last weekend, I caught up with some friends of mine, John Wood and his wife Ronnie.  They were generous enough to have me over for a flying visit for dinner, and they made me the most fantastic four course raw gourmet meal! 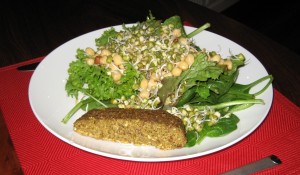 John is a real inspiration.  Three years ago he was suffering with a multitude of chronic and life-threatening illnesses.  He knew that orthodox medicine had no real answers for him, and as he had been exposed to wonderful natural healers in his youth he decided to take a holistic approach to getting well.

John was very encouraged by the work of Dr. Fred Bisci (touring Australia in May) and he started a 100% Raw Vegan diet.  The reversal of John’s chronic illness is nothing short of incredible and the changes he has gone through on his healing journey are just fantastic to see.

Recently I interviewed John in an hour and a half talk where we discussed the health issues that led him to the Raw lifestyle, the philosophy surrounding it, the trials, tribulations and triumphs, the changes in his health, what John eats day to day and finds most important in following a vegan program; as well as the other lifestyle factors that have impacted his healing.

The interview was released for the members of my Embracing Health Membership Club only, and you will still be able to access it if you  become a member in the next couple of weeks.  After that it will be replaced with the next interview in my series, although the interview will be for sale on CD at a later date.

The interview is well worth listening to for the words of wisdom that John has to share with us about diet and life in general.  I know you would gain a lot from it, and I encourage you to take advantage of this wealth of information from a man who is absolutely walking his talk and has been 100% Raw for more than 900 days! 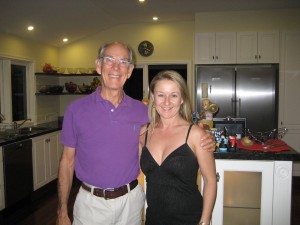 Previous post: Are You Comfortable in Your Own Skin?