My goodness, what is it with the medical industry that makes them so scared of our natural approach to health that they have to use claims like this to try and frighten the public away from what we do?

From ninemsn: “Herbal remedies can kill, says an Australian forensic pathologist, who warns against the “false perception” they are “safer than manufactured medicines”.

Professor Roger Byard, from the University of Adelaide, said the risk came not only from toxic substances found in some natural therapies but also from their problematic use alongside conventional drugs. St Johns Wort was known to reduce the effectiveness of warfarin, the drug which prevents blood clots from forming in people who have had a heart attack, Prof Byard said.

The popular herb could also cause bleeding in women taking the oral contraceptive pill, he said. “Herbal medicines are frequently mixed with standard drugs, presumably to make them more effective,” Prof Byard said. “This can also have devastating results.” 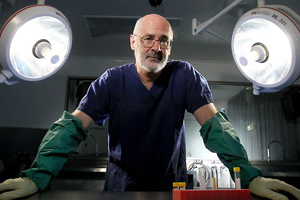 Other seemingly innocuous therapies – Borage Oil and Evening Primrose Oil – were known to lower the seizure threshold for epileptics while Ginkgo and garlic increased the risk of internal bleeding. Prof Byard said many people who took complementary medicines did not tell their doctor, despite the risks.

He also analysed 251 Asian herbal products found in stores across the US and he found arsenic in 36 of them, mercury in 35 and lead in 24 of the products.

Prof Byard’s paper, published in the Journal of Forensic Sciences, includes cases of children who developed lead and arsenic poisoning after they were given complementary medicines by well-meaning parents.

“There’s a false perception that herbal remedies are safer than manufactured medicines, when in fact many contain potentially lethal concentrations of arsenic, mercury and lead,” Prof Byard said. “These substances may cause serious illnesses, exacerbate pre-existing health problems or result in death, particularly if taken in excess or injected rather than ingested.”

Prof Byard is calling on forensic pathologists to be more alert to the role that herbal therapies could play in unexpected deaths.

Australians spend $2.5 billion on complementary therapies a year, according to the latest industry estimate.

The Complementary Health Care Council of Australia said therapies containing toxic substances were unlikely to be made or sold within Australia though they were available over the internet. Executive director Dr Wendy Morrow also accused Prof Byard of seeking to cause unnecessary alarm.

“I believe this is inflammatory and designed to cause panic,” Dr Morrow told AAP. She said information was available from complementary medicine makers where there were potential drug-herb interactions.

Consumers should always look for an “AUST L” or “AUST R” number printed on the front of complementary medicine packaging, Dr Morrow said, as this showed it complied with standards set by the Therapeutic Goods Administration.

“There is not a wide-held belief that complementary medicines are 100 per cent safe,” she also said.

“Every medicine has an effect on the body and so every medicine should be treated with respect regardless of whether it is a pharmaceutical or a complementary medicine.”

Very inflammatory indeed.  One point that the pathologist neglects to make is that most people taking natural products in doses that are likely to interfere with their medication, will be under the care of a qualified naturopath, who is well-versed on drug / herbal interactions.  We are well trained in this area, and do not prescribe willy-nilly without considering the effects.

Natural medicine is one of the safest forms of medicine and more interest needs to be shown in the hundreds upon thousands of deaths per year by drugs, rather than making sensationalistic claims about herbs which have been used safely for thousands of years.

Dear Friend its a popular saying in Classical Texts of Ayurveda in Sanskrit “Nanaushadhi Bhutam Jagatam Kinchid”, Means there is nothing in this world that is not Medicine. So go to a qualified practitioner before taking any medicine. Even food you take are good for some and harmful for others…..”Here Comes the role of Body Constitution {Prakriti}”. Fish or Pork or Reddish or even potato are good for some but for some they just don’t go…..!!!
Every one must know their own Prakriti and follow the diet pattern for healthy living.

As for Metals found in herbal drugs…. all food materials have minerals and metals present in them. There is no sign of metal poisoning found when only herbal medicine is being given in India. At least i after completing my Post Grads in Ayurveda and even doing PhD in Jaipur never ever heard that any herbal medicine caused arsenic poisoning to any patient. Yes there are sporadic cases of Metal Poisoning and that too when patients are taking Mineral/Metal Preparations named Ras Medicine and these Ras medicines are not properly manufactured or not given as a standered prescription (Controlled Medication) as given by Quacks. Just diagnosing a mineral or metal in a plant don’t do justice to the research one has undertaken. Ask those media loving scientists what amount of minerals/metals are normally present in our body and also what is there toxic dose. even iron has a toxic dose and is gulped by every pregnant lady here in India so is Calcium….. See yourself on any search engine that even Iron can cause toxic symptoms. So does the Arsenic which can be easily found in Human Body and is about 10-20 mg. In one of the research http://iospress.metapress.com/content/m2x11327177k4l14/ see that the ground water is main culprit of Arsenic in Body so is Rice a staple food…..
Then why Herbal Medicine only Steals the Show!!!

A word of warning for people, I did a colon cleanse from a large US herbal company last month, and bleed internally ,spent 4 days in hospital, and now have to rebuild my iron levels ETC, so please be aware , I suggest just eat and do things that occur in nature

Dear Bryan,
I’m sorry for your health problems – but this does highlight the dangers of taking your health into your own hands, rather than consulting a qualified natural health practitioner when wanting to undergo any comprehensive cleansing program. I assume that you had problems with your bowel, which may have been the trigger for you to try a colon cleanse at home – but rather than just buy off the internet with no experience in herbal medicine – it would have been wise to consult a practitioner before embarking on this course of action. I know that a lot of herbal medicines are sold online and in health food stores without regulation, and on the whole, they are very, very safe. However, if you do have health issues for which you are seeking answers, then it makes sense to get advice before self treating. Obviously Bryan, yours was one of those circumstances where you had a negative reaction – but again – it is unlikely the herbs caused the problem, but more than likely uncovered something that was already present. I would have to know a lot more detail about your situation before making any further comments. It is always good to have a natural medicine practitioner supervise any type of intensive program.
Leisa