This weekend I am in Sydney for the Metagenics Congress –  three days of intensive seminars on some of the latest breakthroughs in functional medicine, with international speakers and 500 naturopath’s, doctors and health practitioners from all over Australia gathering together.  It is such a treat to be attending and I am loving every minute of it!

Last night we had our gala dinner dance and Trudy and I (my good friend and colleague) stayed until the end and didn’t get to bed until after midnight (unusual for me!) and we contemplated getting up at a 4am to watch Australia and Germany in the World Cup on the big screens at Darling Harbour, which was only a short walk from where we were staying.  Needless to say Trudy made an executive decision in the early hours and we slept through the match, which was probably a good thing!

In the morning we put the television on to see what the result was, and on the Sunrise program they had a feature story on raw food coming up!  So we eagerly sat down to see what they had to say on the mainstream media about our favourite subject.

And wasn’t it disappointing….

They sent their star reporter, Fifi Box, to the US to try out some raw vegan restaurants and “go raw” for a day.  The feature was called “Crazy Food Trends The Celebrity’s Love” which gives you a good idea about the angle they were coming from. 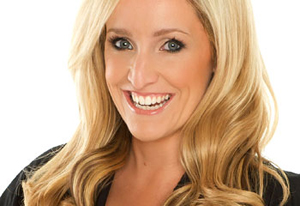 Well, firstly, they were calling the food “raw food macrobiotic” which is a complete contradiction in terms – one has nothing to do with the other – which shows they didn’t even do basic research into their subject.

They made patronising remarks, laughed at the “weird” food, and were incredulous that anyone would consider eating this way (eating fruits and vegetables!) on a regular basis.  At each raw vegan restaurant Fifi proclaimed to love the food, acting surprised that anything that didn’t have meat, dairy, refined sugar and her “favourite artificial flavourings and additives” could actually taste good.

They called raw living food “a new Hollywood craze” and latched onto the fact that raw, living foods expert and author Annie Jubb, whom Fifi interviewed, mentioned Kirlian photography showing the energy around these foods, and turned it into a “woo-woo” session.

Fifi even mentioned after the piece, that she couldn’t even go 24 hours on this beautiful food, but had a burger and chips with the crew before lunch.

Even though it is great to see raw food on television, it is a such a shame that it is put across as a Hollywood fad, with no mention of the fact that this type of eating and the lifestyle that goes with it, have healed thousands upon thousands of people from all types of chronic disease.  There was no discussion of the scientific evidence of the benefits of eating this way, or any mention of how those “favourite artificial flavourings and additives” and refined sugars can cause untold damage and harm. Check it out!

What are your thoughts?

Hi, im just wondering, is the One World Love cafe still open in Coolangatta, cant find any info on it, Im from melbourne and last time i was on the Coast I searched high and low. The web link has nothing to do with the cafe?
Sorry to trouble you:) Ingrid

Hi Ingrid,
The last I heard was that they were moving from Coolangatta to Kirra – but I can’t find them at Kirra!! Does anyone know? They were just great and it is a shame that they seem to be no longer operating…
Leis

Previous post: Six Reasons To Avoid Dairy At All Costs