Tamoxifen: Not The Answer To Breast Cancer

Breast cancer has been big news in the media of late. From the controversial (and for me – horrifying) decision of Angelina Jolie to have a preventative mastectomy, to the endless pink ribbon mania and push for more dollars for “cancer research” – now we are hearing more and more about an “alternative” to mastectomies for preventing cancer – the drug Tamoxifen. 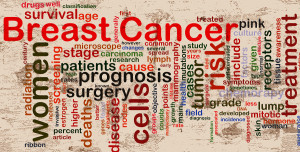 This article recently appeared on a popular news site: “The cruel dilemma suddenly facing thousands of women: Those at risk of breast  cancer are urged to take a daily pill with alarming side effects“. The article states:

“Last year, 589,277 prescriptions for  tamoxifen were written in England alone. But many more thousands of healthy  women – those who’ve never had the disease – could soon be taking it.

For this week, the Government’s health  watchdog the National Institute for Health and Care Excellence (NICE)  recommended that tamoxifen – and another anti-oestrogen drug, raloxifene – should be offered to all women with a family history of breast  cancer, so  that it can be taken as a preventative measure…

The move has been hailed as a ‘game changer’ that will give women who have inherited a susceptibility to cancer the option to  avoid surgery and, instead, pop a daily pill. But there was little mention of  the terrible side-effects this drug can wreak on some women who take it…

But while this is a drug that can no doubt save  a woman’s life – reducing breast cancer risk by about 40 per cent — it is not  without its side-effects. And some experts are questioning whether healthy women  should be given such a powerful drug for a disease they may never  get.”

One of the most concerning things for me in this argument, is that only two options are being discussed – preventative surgery or preventative medication. Not one word is being uttered about other preventative measures such as diet, lifestyle and supplements such as Vitamin D and Indole-3-Carbinol (an extract from cruciferous vegetables), which have been proven in science to lower the risk of many cancers, not just breast cancer. In this age of orthodox medical dominance, very little credence is given to the tools that natural medicine has at their disposal – which are proven in science – and can confer a much greater result for the patient in terms of cancer prevention than either of the above options. It is sad that there is such a great divide between the two worlds, and that medicine soundly dismisses any therapy which is not based on surgery or drugs. 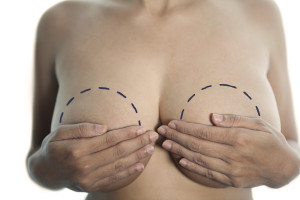 Tamoxifen is a very dangerous drug, as Dr Sherrill Sellmann writes in her book Hormonal Heresy: “At this point, it is important to explore the implications of the experimental drug tamoxifen, a synthetic hormone similar in structure to DES which has been prescribed to more than three million women with breast cancer since 1970. Since it is purported to have anti-estrogenic effects it is used as a breast cancer treatment, blocking the uptake of estradiol and estrone (the cell proliferating estrogens) and thereby protecting the breast tissue from the cancer-promoting eestrogens present in the body. Among the choices of orthodox medicine, it certainly is the kinder treatment compared with chemotherapy, radiotherapy or surgery.

However, tamoxifen is not without its dangers. It is a known carcinogen. One study showed that 27 percent of women taking tamoxifen showed hyperplastic (unfavorable new growth) changes in their wombs within fifteen months. Taking 20mg of tamoxifen per day can increase the risk of developing uterine cancer by up to five times.

In addition, eye damage, retinopathy, has been reported in seven percent of women in one study, while menopausal symptoms such as hot flashes, vaginal discharge or dryness, irregular menses, nausea and depression are the most common side-effects. Thromboembolic disease (a clotting disorder) is seven times more frequent…

One study showed just a meagre 0.7 percent benefit for women taking tamoxifen preventatively to reduce the risk of developing further tumors in the breast.”

Tamoxifen is definitely not the answer to preventing breast cancer.

What is the answer?

As with any holistic treatment, there isn’t just one magic bullet, one pill or one therapy that can prevent breast cancer. But we do know many factors that play a role in cancer reduction – and without the severe side-effects. One of the most important first steps in any prevention program is getting a baseline of a person’s health status. This will include comprehensive saliva hormone testing, urinary metabolite testing, and blood testing for nutrient deficiencies such as iodine and vitamin D, as well as many other important markers for health. Once a baseline has been established, then a targeted approach can be made to balancing hormones naturally, and putting in place a food and supplement program that is designed for maximum effectiveness in the reduction of cancer risk. As well as lifestyle changes to remove carcinogens such as xenoestrogens from plastic, pesticides in food, chemicals in food and personal care products, and removing toxic cleaning products from the home. Lowering stress, exercising regularly and delving into the emotional aspects of healing, all go a long way to creating an environment where cancer is not prone to thrive.

There are no guarantees of course, no program is going to cover every possibility, but when we talk about lowering risk – there are much healthier ways to lower risk than using dangerous drugs, or having drastic surgery. To promote those two medical treatments as the only options available, shows just how disconnected we are from our bodies and essential knowledge about our ability to heal ourselves.

Big pharma must be rubbing their hands with glee – reminds me of the good old days when husbands had all their wife’s perfectly healthy teeth pulled to prevent paying the dentist down the track, ‘just in case’. Some segments of society are regressing to neanderthal mindset, apparently…..

i was diagnosed with BCA2 ..got my left breast operation last aug 2101 and finished my 8 session chemo.. and now i am taking tamoxifen for almost a year now… could i encounter such problem when taking tamoxifen…? i had my right mammo last may 2013.. and nothing comes out of the test and pretty good negative…

i also had my whole body bone scan last monday jul8, 2013 and result will come out today…could it be possible that any of my children inherent my illness…? im so worried really.. about their future…

Dear Sony,
You would have to go back to your doctor to discuss the implications of taking Tamoxifen in regards to your own personal circumstances. Certainly there is a lot that natural medicine can do for you to improve the quality of your health both on or off the medication – so seeing a good naturopath to evaluate your overall health profile could be a great place to start. There are genetic predispositions to certain diseases such as cancer, but as a common saying goes, genetics load the gun, but lifestyle pulls the trigger. There are many preventative measures that can be taken, even if there is a genetic issue. I wish you all the best on your health journey.
Leisa

Absolutely! Far out, can you believe that used to happen? And now they are making women remove their breasts, just in case! I can’t see men having their testicles removed, just in case… What a crazy mindset that chopping our bodies apart, or inhibiting essential hormones is the answer to health… Strange times we live in…

Great article. I am a survivor who decided to stop taking tamoxifen because of the possibilities of uterine/ovarian cancer. I just could not put myself at risk any longer. Thanks for the great information.