“(NaturalNews) A newly-published study has revealed that Merck & Co., the corporate mastermind behind the infamous Gardasil vaccine for human papillomavirus (HPV), conveniently forgot to research the effects of this deadly vaccine on women’s reproductive systems. And at least one young woman, in this case from Australia, bore the brunt of this inexcusable failure after discovering that her own ovaries had been completely destroyed as a result of getting the vaccine.

Published in the peer-reviewed British Medical Journal (BMJ), the harrowing recount of this young 16-year-old girl’s experience should give pause to all parents currently being pressured by their doctors into having their young daughters jabbed with Gardasil. Robbed of her natural ability to experience full womanhood, this young woman experienced early menopause, in which her ovaries completely shut down before they were even able to fully develop. 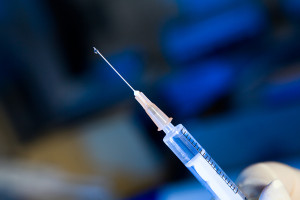 Entitled Premature ovarian failure 3 years after menarche in a 16-year-old girl following human papillomavirus vaccination, this latest case study provides solid evidence that Gardasil is, at the very least, a serious threat to normal ovarian function. Not only was the damaged girl examined and verified to have had healthy ovaries prior to the shots, but there were no other identified factors besides Gardasil that could have possibly been involved in her sudden ill-fate.

Worse is the fact that information later obtained from the Australian Therapeutic Goods Administration (TGA) for the case — TGA is Australia’s equivalent of the Food and Drug Administration (FDA) in the U.S. — revealed that Merck had never even conducted safety testing on Gardasil in relation to its effects on women’s ovaries. According to the report, Merck had only tested Gardasil’s effects on male testes.

In other words, Merck either intentionally or accidentally — either option is completely unacceptable, by the way — failed to check whether or not Gardasil has the potential to damage young women’s reproductive systems, even though young women have always been the primary target market for the vaccine. Only recently have young boys been pulled into the Gardasil fray, despite the fact that the long-term side effects of the vaccine in males is still largely unknown.

Gardasil loaded with additives known to damage female reproduction. As reported by investigative journalist Heidi Stevenson, there are at least two additive ingredients in Gardasil that may be responsible for damaging women’s ovaries. These ingredients are polysorbate 80, an emulsifying preservative, and L-histidine, a natural amino acid. Both of these ingredients are, of course, used in processed foods, which millions of people consume every day. But injecting them into the body has a much different biological effect than simply consuming them.

As it turns out, polysorbate 80, which also goes by the names Tween 80, Alkest, and Canarcel, has been shown in studies to damage female reproduction. Not only does this chemical additive greatly accelerate sexual maturation in women, but it also tends to reduce the weight and function of both the ovaries and the uterus. Similarly, L-histidine, when injected into muscle tissue, can cause the body to develop an autoimmune response to the natural substance, which can lead to many of the serious side effects being observed in many young girls who have been jabbed with Gardasil.

Be sure to read the following two reports by Heidi Stevenson to learn more about how Gardasil appears to damage female reproduction:
http://www.thelibertybeacon.com
http://gaia-health.com”

This is one vaccine that I am very against. Not only is the HPV virus quite often self-limiting, the vaccine only targets a minimal amount of strains of the virus and is ineffective against many others. I have been witness to, and a part of, several women healing themselves from early cervical cancer once it has been detected. As with most chronic illness, it is potentially reversible and there is absolutely no need for dangerous vaccines to combat it.