One thing that I like to remind people of, is that they wield enormous power with the choices they make in how to spend their hard earned dollars.  If we want to see a change in our world, then we need to vote with our money, as to what industries we want to support and those we would rather not.

It’s not enough to sit and complain about industrialised meat processing, crop farming that uses pesticides, processed foods, the pharmaceutical industry etc – and then support those industries by purchasing their products.  If there is no demand then eventually the supply will die out.

Charles Eisenstein in his book The Yoga of Eating explains this very well:

“For example, suppose you eat a banana from a South American plantation, located on destroyed rain forest land wrested violently from indigenous tribes, who now labor at the plantation at starvation wages, using pesticides that pollute the ecosystem, shipped thousands of miles using polluting oil-fueled ships, by a company that puts small independent growers out of business through corrupt practices.  By eating that banana, you ever so slightly reinforce this state of affairs, and make it part of your reality and your experience. You are saying yes to such a world. 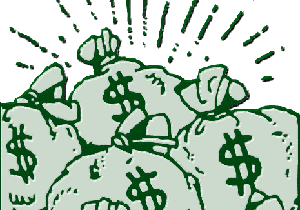 Or suppose you eat chicken from a battery-raised hen, who suffered her whole life in a tiny, crowded, filthy cage, pumped full of hormones and antibiotics, painfully debeaked to prevent her from wounding her cellmates in her extreme stress… raised, basically, in Hell.  Each time you eat such a chicken, you affirm the hellish suffering that brought it to you.”

Awareness of the choices we make on a day to day basis can have a profound impact on the world.  We think that our individual choices are not enough to create change – but they are – because if everyone made choices to support local organic and ethical industries – we would see a change.

What industries do your dollars support?