This was a great challenge and it is quite amazing that this sort of concept is being promoted on mainstream television!  Now, I don’t agree with everything in Dr. Oz’s approach here – having processed soy vegan food is just as bad as eating processed junk food – but at least it is a big step in the right direction.

When you know some simple, tasty, raw vegan recipes, you have no need for the fake substitute food.  I wonder if this cowboy was taught a few simple tricks from the raw food world, whether he would be in an even better position in 28 days from now? 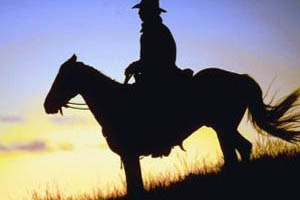 Can he trade steak for soy?

This is the “before” segment — we’ll let you know in a month
when it’s time for the “after.”