Animal Foods are Not the Answer

This is a great article I found on the Veritas Magazine site – and I relate to a lot of what it has to say. Many people ask about whether they can be really healthy on a vegan diet, and it is always about what the person is eating, rather than whether they are vegan, raw vegan or not.

I have known many vegans who eat very, very badly. White bread, hot chips and pasta are staples of their diet, and they are overweight and unhealthy. Others are strict raw vegans, who eat very little and become quite wasted and anaemic and do not look well.

The key is about finding the balance in the diet to supply enough nutrients and calories to remain healthy – and for me, that is a whole foods diet. No junk food, no processing, no artificial flavours, colours and preservatives or deep frying! It is about eating foods as they are found in nature, and using medicinal foods and superfoods to boost nutrition. Michael Pollan, a food researcher and author suggests “Eat Food, Not Too Much, Mostly Plants”, and for me that makes the most sense.

I am personally not 100% anything – not 100% raw foodie, not 100% vegan or vegetarian – but I make my diet out of whole foods, and at times add in a little bit of animal protein, and a little bit of cooking (some brown rice with steamed veggies). For periods of time, especially through summer, I can be raw vegan for months, and through winter I might make some soups and have a small amount of cooked and animal foods. But these are not the main part of my diet, and through eating this way I’ve found a balance that works, and I am not obsessed with having to be 100% anything. 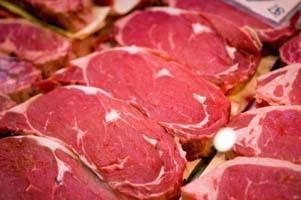 This article from Veritas Magazine, I found very interesting, about why many vegans go back to eating meat.

“Recently, a book was published called “The Vegetarian Myth” by Lierre Keith, a former vegan who attempts to make a case against the vegetarian diet. After over a decade on a vegan diet, she’s fallen off the wagon and is back on meat, but not because she was craving a juicy steak, but because she’s now convinced that the vegan diet destroyed her health.

Another former raw vegan who enjoys a certain popularity recently published a pamphlet on why he’s now eating meat, and was seen recently up North in my home country converting other vegans into eating meat.

If you’ve been mostly vegetarian or vegan for long enough, I’m sure you’ve stumbled into former vegans who are back on meat because they think it’s part of the answer to their health problems. You may even meet many former veggie-heads who also, like the author of “Vegetarian Myth”, think that the vegan diet made them sick and weak…”

Read the rest of this article here:

Hey Leeisa, how refreshing to read your article above. I get asked this question all the time about vegetarian and vegan, and now I just reply with “I am a wholefoodie”. I don’t brand myself as a vegetarian, rawie or vegan, I just live off natures table. I find this answer perplexes people a lot. I too know many people who class themselves as vegetarian, vegan, raw, organic etc…and are so hung up about it yet upon closer inspection, they somewhat struggle to live up to that way of living and are not really walking their talk, for many reasons as you mentioned above. I find that living off natures table which is in abundance, is profoundly easy. An example, if we are out and need a snack, we walk into a veggie store and munch on a cucumber or a tomato, it can be that simple and is. To most, that seems weird, yet I have a 3 year old daughter who is a whole foodie from birth, and she tells us what she wants to eat of natures table and she does not give it another thought, a very relaxed way of living. The most profound realisation I have had on my journey of whole foods, is to completely trust in the wisdom of nature and my body and as you mentioned above, the seasons. I really understood that from my wonderful friend, Don Tolman who you know is the whole food expert. My preferences of whole foods change with the seasons, I resonate to warming soups in winter, raw salads & whole foods in summer and juices especially in spring/summer. Trusting is the key and listening to your body, as you know it is really that simple.
I look forward to meeting with you at the upcoming David Wolfe tour, thanks organising this for him and for Australia.
Blessings, Shaz

Hi Leisa,
It’s is nice to see a holistic approach to diet in a world of fads and scams leading easily influenced minds down unhealthy paths through hyp and marketing. I agree that it does not matter which way you lean in regards to your diet preferences, what does matter is that the body gets a balanced intake of the necessities so it can function at a healthy level then top up with your preferred tastes.
http://www.colonhydrotherapybrisbane.com.au/bloating/

Hi Shaz,
Thanks so much for your positive feedback and for sharing where you are at, because I agree – people tend to get a little confused about what a wholefoodist is, but I think it does describe our style of eating better than any other label. I believe one of the most important things that people can do is to eliminate anything from their diets that is not real food. From there they can tweak and tune it – but that is one of the main factors. I’ve realised just recently too, that I’ve been undereating for quite some time (and am now in the process of fixing that) – it can be easy to do, which is the crux of the accompanying article and listening to your body can be very important for detecting that one. Don is great :-), and I look forward to catching up with you at David’s events – make sure you come and say Hi!
Leis

Hi Kevin,
Thanks for your feedback – there is a lot of hype & marketing around food, especially in regards to weight loss, and we do need to be able to discern the difference between a fad or scam, and what is going to work in the long term. I think anyone who advocates that “their way is the only way” is dangerous, especially if their way is very, very rigid and doesn’t allow for much flexibility. I believe the simple message is the most important one – real food – and no deprivation!
Thanks, Leis