But Do I Have To Give Up Meat?

The issue of eating meat is a very contentious one, with people on both sides of the debate holding strong moral, ethical, economical and nutritional views.

In this short blog-post I’m not going to delve into those highly sensitive topics and weigh up one against the other – as that could easily turn into a 1000 page novel – but I did want to highlight some facts around how our high meat consumption is destroying not only our health, but our environment.

Years ago John Robbins, author of “Diet For A New America” printed a little book called “Realities For The ‘90’s” which outlined environmental and nutritional facts pertaining to our high meat consumption. 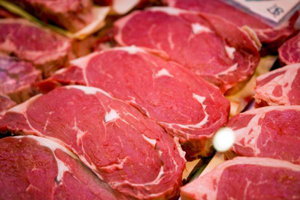 Well, you get the picture…

To produce the amount of meat that we are conditioned to eat in Western society, we are ruining the environment, wasting valuable resources and contributing to massive amounts of pollution.

With governments subsidising meat producing farmers, meat has become a very cheap commodity, when in reality the price should be much, much higher and a “luxury” item rather than an everyday staple in the diet.

Although I can be quite idealistic when it comes to picturing the “perfect world”, most often I can see a realistic step by step journey of getting there, or at least travelling in that direction.  And for many people, going instantly from meat three times a day seven days a week, to becoming a vegan or vegetarian, is not a realistic step and they refuse to even consider it.

So, for the average person in society, getting them to cut their meat consumption down to just 1 or 2 meals per week, rather than 21 meals per week is a realistic step, (once they learn some fantastic raw gourmet food preparation techniques, that is!)

Just this one change would have an enormous impact on most people’s health, and it would also be saving our natural resources and our environment at the same time, although the people who make a living out of the meat industry would have something to say about that I’m sure!

Next time you’re meal planning, just give a thought to the above issues and make sure you plan a few vegetarian days in your week – your body ( and the planet) will thank you for it.