Has Your Fatigue Been Misdiagnosed?

Last week I saw a patient who had been misdiagnosed by their former naturopath, and had been given the completely wrong treatment program. When it comes to issues of fatigue, there are very few naturopaths who have studied these issues in depth. Adrenal fatigue is barely mentioned during the course of study during a naturopathic degree, and unless a naturopath does a mountain of their own research – they are probably unaware that both high and low cortisol levels can very similar symptoms in a patient – such as fatigue, lethargy, muscle weakness, thyroid disorder, insomnia and depression. These symptoms are common to both high and low cortisol levels. It is the job of the naturopath to look further, and not just assume that a fatigued patient has adrenal fatigue. They could be in a state of adrenal overactivity – and that is where saliva hormone testing becomes invaluable to obtaining a correct diagnosis. 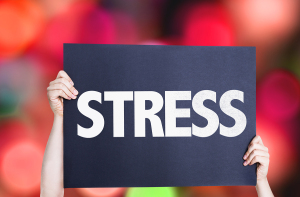 There are three main stages of stress – the alarm phase (our fight or flight instinct), the resistance phase (the response that allows us to cope with longer periods of stress), and exhaustion, when we just can’t keep up anymore and cortisol levels drop to a very low state. Each of these phases have different symptoms and hormone patterns. In the resistance phase especially, we may not even realise how much stress we are under unless we test our hormone balance and reveal what is truly happening in the body.

In resistance, the hormone cortisol rises to allow us to adapt to a situation that requires our focus. We might have to strategise, plan and come up with ideas to take us out of a situation that may be harmful. In nature, we experience this response and the changes that go with it, for a limited period of time. However in the modern world we live in we can experience the resistance phase of stress for decades! The hormones that help us cope and adapt to stress are beneficial for us in the short term, but over the long-term can harm our health.

Excessive cortisol has a number of undesirable effects on the body – symptoms of which include fatigue, lethargy, depression, insomnia, PMS, inflammation and immune dysfunction. Over the long term we see a higher incidence of cardiovascular disease, type 2 diabetes, and cancer. When we are in the resistance phase we have switched off the part of our nervous system which is called ‘rest and digest’, so we see low digestive juices and issues with nutrient absorption, which causes more stress in itself.

Another negative effect from a high cortisol state, is that the sleep hormone melatonin may not be released properly, leading to insomnia.  We are meant to have a beautiful flow of hormones over the day and night, whereby we have a burst of cortisol early in the morning to switch off our sleep hormone and give us energy, and then it will slowly deplete during the day until in the evening, when our melatonin hormone releases, sending us to sleep. This pattern is the way these two hormones are meant to flow, and happens easily and normally, when we are not stressed and able to handle our day to day activities.

When we are stressed though, cortisol can remain high at night, leading to low melatonin levels. Not only can this affect our sleep, but low melatonin can also indicate low levels of serotonin (our mood elevation hormone), as serotonin is the precursor to melatonin production.  Low serotonin is related to disorders of consumption (alcoholism, bulimia, anorexia), mood, sleep, anxiety, thought (OCD), learning, memory, sexual activity, aggression, & suicidality. 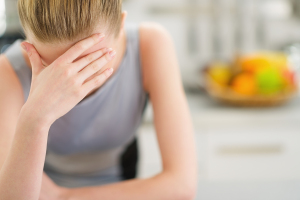 The patient that I saw last week was suffering with fatigue, insomnia, and mild depression and her naturopath had assumed that she had low cortisol which needed adrenal support, so put her on a supplement to boost cortisol levels. Except that was the totally incorrect diagnosis. When I first saw this patient, it wasn’t clear to me that this was a case of straight adrenal fatigue. I saw other issues such as obesity, insulin resistance and a very hectic work and social life. Yes, there was fatigue, but the patient was keeping up with her busy lifestyle even though she was quite tired. Rather than assume that she had adrenal fatigue and needed support, I had her complete a saliva hormone profile, which clearly showed that her cortisol levels were through the roof. The adrenal supplement she had been put on by her former naturopath was making her feel worse – and it was no wonder. Her cortisol levels did not need supporting – they needed a drastic reduction.

Alongside a prescription of regular exercise, meditation, some dietary changes such as reducing coffee and alcohol, as well as counseling for certain issues in her life that were causing enormous stress; I also used some supplements such as GABA, Phophatidylserine, Magnesium and the herb St. John’s Wort which all help to reduce high cortisol levels. I also asked the patient to talk to her doctor about short term melatonin supplementation to assist with sleep whilst we were returning her cortisol levels to normal. Without saliva hormone testing, this patient may never have discovered the source of her fatigue, or why her supplements were making her feel worse. At least now we know exactly what the issue is, so she can start a program of recovery.

Saliva Hormone Testing is the most accurate way to measure the pattern of cortisol levels (as well as many other hormones), and my saliva hormone testing service now has new and improved features:

If you have been suffering with any issues related to stress, order your kit today and find some REAL answers for yourself. Much more information and online ordering can be found at: http://www.salivahormonereport.com

Great article, thank you. Very intersting subject, so many of my friends have fatigue and are so stressed out. I will send them your article as you seem to know what you are talking about.
Dania

Thank you for this. I think I have adrenal fatigue, but from what you are talking about here, it could also be over activity like you suggest. I think I will get a saliva test to know for sure. If I get a test done, do you consult afterwards to let me know what is next?

Hi Tracey,
Thanks for your message – yes, when you order the Saliva Hormone Testing through me, you get a fifteen minute consultation to go over the results and make sure you understand everything properly. If then you want to go into a full naturopathic consultation you certainly can. The details are here http://www.embracinghealth.com.au/naturopath
Leis xx

Nice information on fatigue and stress reasons. So many of people are suffering from these diseases. We need to diagnose it properly and correctly so that proper treatment can be done.

So glad you recognised what was going on and helped this patient!
Our little shock absorbers take such a hit, especially under long-term stress. Adrenal fatigue is very under-recognised and therefore diagnosed.
So many beautiful herbs and supplements can support these little troupers of the body when we stop and notice they are depleted

Have you heard of FGXpress where WE BELIEVE… Health is
a habit, not an event? At FGX, we have all natural products
that support the human body and its work to heal itself. Please
look at our team build website and let me know what you think.

Next post: Why Gluten Is The Enemy Of Your Thyroid Gland