A friend of mine sent me this article this morning and asked what I thought. I have taken part of it and placed it here for you to read. What do you think?

Imagine the surprise of going online and discovering that the vitamin and mineral content of vegetables has drastically dropped. 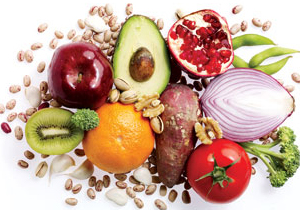 That’s what happened to nutritionist, Alex Jack, when he went to check out the latest US Department of Agriculture food tables. The stunning revelation came after Jack compared recently published nutrient values with an old USDA handbook he had lying around. Some of the differences in vitamin and mineral content were enormous-a 50% drop in the amount of calcium in broccoli, for example. Watercress down 88% in iron content; cauliflower down 40% in vitamin C content-all since 1975.

Jack took his findings to the USDA, hoping for a reasonable explanation. That was two years ago. He’s still waiting. So is Organic Gardening magazine, which published an open letter, seeking an explanation from Dan Glickman, Secretary of Agriculture. Glickman didn’t respond, but USDA employee, Phyllis E. Johnson did. Johnson (who is head of the Beltsville area office), suggested to Organic Gardening that the nutrient drain should be put in context. According to her, the 78% decrease in calcium content of corn is not significant because no one eats corn for calcium. She further explains that the problem may not even exist at all; that the apparent nutrient dips could be due to the testing procedures. For example, “changes in the public’s perception of what the edible portion is may determine what parts have been analyzed over time.” In other words, back when the old food tables were made up, people may have been eating the cobb too, so they got more nutrients.

We decided to look into this further. Jack had used a 1975 version of the food tables for his research. We dredged up a 1963 version. After comparing the nutrient values for over a dozen fruits and vegetables, it was clear that the nutrient value of many foods has dropped, in some cases drastically. For example, the amount of vitamin C in sweet peppers has plummeted from 128 mg to 89 mg.= The vitamin A in apples has dropped from 90 mg to 53 mg. The fall-offs seem to be limited mostly to vegetables, and some fruits.

Some vegetables appear to be gaining vitamins-at least vitamin A. Carrots, for example, have more of the vitamin now than they did in 1963. Why is a mystery. But the phenomenon has apparently occurred just in the nick of time. The National Academy of Sciences has issued an alert that it takes twice as many vegetables to get the daily requirement of vitamin A as previously thought. Carrots and pumpkin are exempt from the caveat. 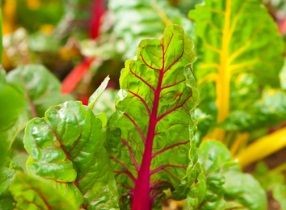 Despite the apparent increase of vitamin A in carrots, most vegetables are losing their vitamins and minerals. Nearly half the calcium and vitamin A in broccoli, for example, have disappeared. Collards are not the greens they used to be. If you’re eating them for minerals and vitamin A, be aware that the vitamin A content has fallen from 6500 IUs to 3800 IUs. Their potassium has dropped from from 400 mg to 170 mg. Magnesium has fallen sharply-57 mg to 9. Cauliflower has lost almost half its vitamin C, along with its thiamin and riboflavin. Most of the calcium in pineapple is gone-from 17 mg (per 100 grams raw) to 7. And the list goes on and on.

The USDA refuses to act

What’s the deal on this nutrient drain? We decided to ask USDA ourselves, so we contacted the head of the USDA Agricultural Research Service, whose job it is to track the vitamins in food, among other things. Mr. Edward B. Knipling responded to our inquiry with a restatement of Ms. Johnson’s letter to Organic Gardening magazine. So we pressed for a better answer. Isn’t the agency concerned that Americans may not be getting the vitamins they think they are? What about the food pyramid? Won’t a nutrient drain upset the pyramid? Already the National Academy of Sciences is telling us our vegetables don’t have as many vitamins as they’re supposed to. Will the USDA double the required servings of vegetables to make up for the vitamin loss? So far, no answer from the agency.

The question is, what is the nature and extent of the problem? Vegetables are a major source of nutrition. Without them, humans miss out on important vitamins, minerals and phytonutrients. Many nutrients (such as folate) weren’t measured in the past. If they are also disappearing, the extent is unknown. What about more exotic nutrients such as flavonoids, or compounds like I3C? These aren’t tracked by the USDA. Are they disappearing also?
For the rest of the article, please click here.

Personally, I have a few thoughts myself. Firstly, was the testing method as accurate back in the 60’s and 70’s? We know science has come a long way, so could this just be the result of a more precise form of testing?

And secondly, could this be from depleted soil, tainted rain, chemical fertilizer and GMO crops? The article doesn’t really go into any of this but I think this is a definite possibility, nay probability.

What do you think?

I assume that they used non organic food for their testing. I wonder if organic foods would come up with better results for their vitamin and mineral content? Nevertheless, worrying statistics!

Obviously they are not keeping up with this information, because this makes it clear that we can’t get everything we need from food anymore.

So many times we hear recycled stories like this.

From my research I have different information in summary which explains to me:
results change from plant to plant, one side of the plant to the other, from soil ten meters away can can have drastic mineral content & conditions.

Then we can read reports like this and say – ‘what does it mean to me here in Oz’?
Just because the land in that area of USA is not great, dosnt mean everywhere is, nor here in Oz. We know our soil is also very diverse.

What else can we do?
I don’t like the idea behind scare tactics which suggest that plant foods are nutrient poor. That’s total crap. Plant foods have more nutrients per calorie than any other food group.
So – we can have another bite, or another leaf of lettuce if you truly believe these reports. Eat more plants is what I’m saying – if you are worried, and less processed and animal products.
Problem solved.

How else can we contribute?
We can start at home with working on ourselves and from there, eating more plant foods, less of the other and throwing the food scraps back in to the garden – or composting.
That’s what we do.

Vegetables are the highest source of vitamins and by eating proper veritable you can gain high energy. I like the way you can share this blog with us thanks for the post.