Like thousands of other viewers last night, I tuned into the 60 minutes interview with Belle Gibson. I hadn’t followed her story originally, I caught bits of it from social media and some blogs, but prior to that she wasn’t on my radar at all. But since the story of her fraud broke, I’ve been quietly watching what has been happening. 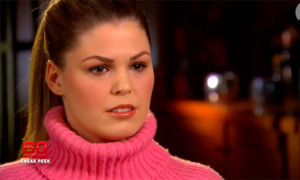 There are quite a few facets to the story. I believe she is a complete and utter fraud and what she has done by falsely claiming to have cured herself of cancer is deplorable. From watching the interview I can’t decide whether she is just a very silly girl who has cornered herself with a web of lies and really doesn’t know how to get out of it, or if she is suffering with some type of mental illness and is seriously deluded and unable to separate fantasy from reality. I am not a psychiatrist or psychologist, so I’m certainly not placed to comment on that part of it.

Besides the harm she had done to the thousands of followers she inspired with her fake story, I think the damage she has done to the complementary medicine industry is immeasurable. Suddenly, in everyone’s mind, the words, fraud, alternative medicine, wholefoods, deception, quackery, fake and lies are words that have become synonymous with each other. Underlying the surface of a young girl creating a diabolical story and using social media to fuel her need for sympathy, fame and to promote her business – is a very real undermining of an industry that is already completely misunderstood and ridiculed by the media.

The media – quite deliberately I am sure – has shown no ability to discern the difference between unqualified “wellness bloggers” and genuine practitioners who are well-versed in evidence based natural medicine. I never see people like Dr Henry Oesicki or Professor Ian Brighthope interviewed on mainstream television for their input on the subject of complementary medicine and where it fits and integrates alongside orthodox medicine. What we do see though, are people who have done maybe a short course, or read a few books and have excellent marketing skills, being interviewed as if they represent the whole of the industry. It is biased, and qualified practitioners such as myself and other naturopaths, integrated medical practitioners and orthomolecular scientists have an uphill battle to validate what we do in the eyes of the media and the public.

The other very important aspect, and one that I believe has been soundly overlooked, is the story of cancer sufferers looking to someone like Belle for inspiration and guidance. There is a theme here that is very, very important, and one that I think needs bringing out into the open where it can be discussed. The media loves to portray cancer sufferers as “vulnerable, naive, and looking for hope”, being easily influenced by unscrupulous alternative practitioners giving advice about healing cancer with natural medicine. Now of course there are charlatans and quacks in the natural medicine world, as surely as there are in any other profession, but the overall emerging theme is that cancer sufferers are not happy with the current methods of treatment they are being offered. 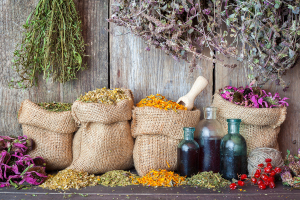 Over my decades in the industry I have heard hundreds of stories from cancer patients – about how they felt bullied into treatment, they were given no time to process their diagnosis, they did not want to do orthodox treatments but didn’t know what else to do, they felt unsupported and like a number in the system. Their doctors were radically against any type of alternative treatment, even if the patient wanted to integrate it with orthodox medicine. What is never discussed is the fact that thousands of intelligent and discerning cancer patients are searching for what else they can do to heal their illness. I believe that people are not as ignorant as they are portrayed, and that there is an underlying unease about the efficacy of orthodox treatment for cancer.

For centuries mercury – a horrendous poison – was used as a medicine for all types of ailments. We look back at that era and shake our heads at the insanity of the medical practitioners using poison as a ‘healing’ agent. Yet today we have more sophisticated poisons – but they are still poisons. The whole paradigm of thinking that believes in poison as a cure for disease, is one that is radically in opposition to what we know about the innate intelligence and healing powers of the body. I believe we will look upon this era of carnage in the orthodox cancer industry and see it as barbaric as we now look upon mercury as medicine. I think people do have an inherent knowing about their own healing potential, and this is why they are searching for alternatives to the cut, burn and poison routine that orthodox medicine offers.

Natural medicine has healed cancer. There is no debate about that. However it is not an exact science and there are no guarantees. But then orthodox medicine is also not  an exact science and offers no guarantees either. The conversation that must be had is one that takes into account the very genuine healing modalities that offer answers to cancer that are just not on the table right now. Orthodox medicine has to give up its monopoly on this disease and open the doors to approaches that have a sound evidence base, and are getting results. They are out there, often hidden from view, but there are some excellent, innovative doctors working in this field who are getting results without the destruction that goes along with orthodox treatments.

More than anything out of this situation of lies and deceit, is the untold story of cancer patients who are shouting out for answers and their voices are not being heard. This is where the conversation needs to start.

I would just like to say that I’ve never really thought about it before, but you are right about the fact that cancer patients are portrayed in the media as naive fools and yet I have friends either with cancer now, or they have had it in the past, and they are anything but naive.

I suspect it suits the media to portray them as such because then it is easier to make natural therapists look bad, and like they are taking advantage of these people – but my friends did a combination of both medical treatment and used other therapies as well. They researched their disease, they looked right into the options, they chose their supportive practitioners carefully and they were fully monitored and tested. Even though their onocologists didn’t really support what they were doing and said it wouldn’t help, the ladies I am talking about are still here and even though it was hard, they felt like doing both type of treatment definitely helped.

As you say there are bigger issues at hand than what this girl has done and I would love for that conversation to be started as well.