The “Vitamins Are Dangerous” Propaganda

When the president of the NSW branch of the Australian Medical Association is called upon to give his “expert” opinion on the “serious health risks” of vitamins and supplements (because we all know how much training medical doctors do on health and nutrition), on a morning national television program, you have to wonder about the underlying agenda to deliberately misinform the community about this topic. Of course balanced journalism is not something that is normally found on the mainstream television stations, however this type of deliberate smearing of the natural health industry, when there is never a counter balance discussing the dangers of the medical industry, shows us just how powerful the pharmaceutical and medical establishment are. 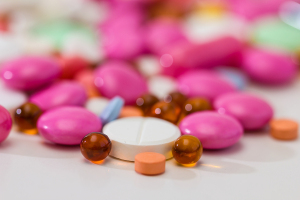 On Saturday morning a segment aired on the Today Program warning of the dangers of vitamins. Dr Saxon Smith, president of the NSW AMA, gave his “opinion” and trotted out some old myths that have been debunked soundly in the scientific literature, such as “Vitamin C causes kidney stones”. According to Dr Andrew Saul, the orthomolecular doctor who was featured in the excellent documentary Food Matters, there is not one published study that shows a definitive link between taking vitamin C and the development of kidney stones. In actual fact the opposite is true: vitamin C is a preventative to kidney stone development. There was one study that showed a mild “observational” link between vitamin C intake and kidney stones, but the study design was so poor that it could not make a clear connection between the two. Here is an article debunking that study:

In this segment they made the point that in the USA, 23,000 people a year are rushed to the emergency room for treatment after taking “dietary supplements”. However what they were quite vague about, was how many of those were related to the taking of weight loss and body building drugs that are often illegally obtained and not recommended by genuine health professionals. They lumped both of these type of “diet pills” in with nutritional supplements and hardly differentiated between the two. Even if 23,000 people did end up in hospital from taking genuine supplements (I know, it’s not realistic), how many of these people would die? The answer is zero. Compare that figure to the thousands of people who die every single day from the side effects of properly prescribed medication, and there is a huge, unspoken issue that arises. Yet the medical establishment are never called to task on their incredibly high death rate. But geez those vitamins are a serious health risk!

Dr Saxon mentioned these horror risks: from the size of the pill getting caught in the throat, to severe allergic reactions (which I agree could happen on occasion), but he admitted that most admissions are for minor issues such as heart palpitations, nausea, vomiting and diarrhoea. And it might not even be the active ingredient in the supplement itself that is dangerous, but the additives such as the binders or colours and preservatives, he says. Because they are so dangerous that we’ve banned them from food, right? So essentially, most of the admissions are from people taking weight loss, body building or libido enhancing drugs that are not regulated or prescribed by a natural health practitioner, and the main dangers are all very minor. That definitely warrants a segment on national television!

Another gem to come out of this piece of nonsense propaganda was that weight loss drugs should not be taken by children, because that is what the research shows (huh?). Such great advice! He continues on to explain that if any adverse reactions are experienced from taking vitamins, it should be reported so that they can learn more about these type of events, because there is not much data on them. Maybe that is because vitamins and supplements are incredibly safe when taken correctly?

It is frustrating as a qualified naturopath to see our industry disparaged on a regular basis by false and misleading stories in the media such as this one, which are deliberately designed to sway the public against natural medicine. If this is the best they’ve got, then they’ve got a pretty weak argument, and given the opportunity, we could shout this type of garbage down in a minute. Unfortunately we don’t often get that opportunity in mainstream media. Yet.

I didn’t see this show but I clicked through on the link and it was only 3 minutes so I took a look, and you are right, it was laughable – but not in a good way. The guy obviously doesn’t know what he’s talking about and was making out vitamins to be SO dangerous. As you pointed out, they don’t really make the distinction between diet pills and normal supps, so of course it’s going to look bad if you include those things. We need you on there Leisa to argue for the other side!

I think we need a series on television exposing the secrets of the medical industry, it would have to be a series as one episode wouldn’t cut it, LOL. We never hear about how dangerous drugs are, but every day we hear about the problems with vitamins. For God’s sake is everyone that brainwashed that they can’t see the media spin for what it is?
Joan

It’s always very one-sided, I’m never surprised by it anymore. We just have to keep educating people one by one until they can see the truth for themselves.

he “serious health risks” of vitamins and supplements (because we all know how much training medical doctors do on health and nutrition), on a morning national television program, you have to wonder about the underlying agenda to deliberately mi

It’s always very one-sided, I’m never surprised by it anymore. We just have to keep educating people one by one until they can see the truth for themselves.

Previous post: The “New Boom” – Cattle As A Commodity